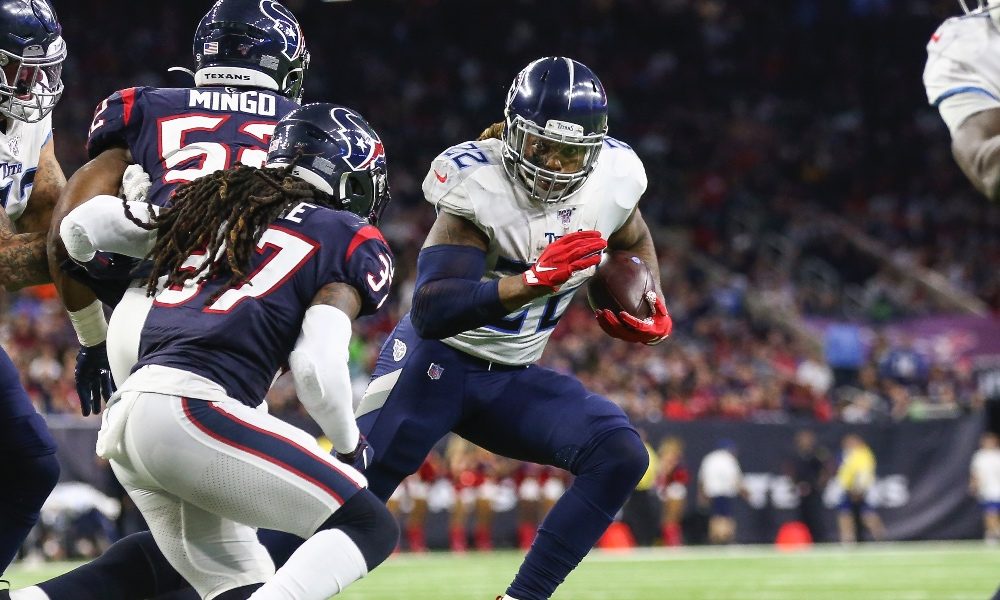 In the finale of the regular season for the Tennessee Titans, running back Derrick Henry ensured his team would reach the postseason with a massive performance against the Houston Texans. Henry rushed for 211 yards on 32 carries along with three touchdowns.

Along with driving his team to victory Henry also captured another major accolade with the Titans. With Henry’s 53-yard touchdown run, he secured the leagues rushing title, something an Alabama running back hasn’t done since Sean Alexander with the Seattle Seahawks in 2005.

Derrick Henry takes the lead for the rushing title on a 53-yard TOUCHDOWN! #Titans @KingHenry_2

Derrick Henry thanks everyone from his teammates to the cleaning staff at #Titans headquarters. pic.twitter.com/RoJttESCJm

“I just appreciate my team, appreciate my coaches, appreciate everybody involved, from my coaches, my teammates, the training staff… people in the kitchen at the facility, people who clean the building. All of this is for them. I’m so thankful. The big goal was making it to the postseason. I’m happy with that,” said Henry.

The former Alabama running back ends the season with 1,540 yards and 16 rushing touchdowns, passing former Georgia running back and current Cleveland Browns running back Nick Chubb.

The Titans will now face the New England Patriots in the opening round of the playoffs.