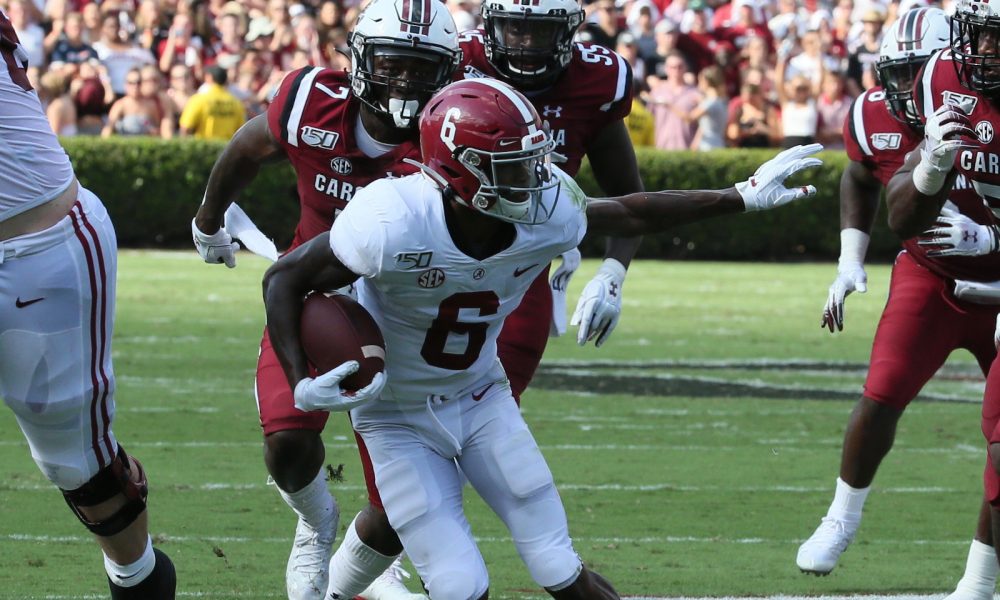 Alabama junior wide receiver DeVonta Smith announced that he will return to the Crimson Tide for the 2020 season. He made his announcement via multiple posts to social media minutes after quarterback Tua Tagovailoa declared for the 2020 NFL Draft.

To be continued… ?6️⃣

To be continued… ?6️⃣ pic.twitter.com/LvzMffWQ1N

“While I’ve achieved a lot on the field, I understand that football isn’t forever,” Smith said in his statement. “I have to prepare myself for a life after the game, and the first step to doing that is getting my degree. Graduating has always been one of my goals and it means something to get to walk across that stage.

“There’s a lot I have left to accomplish as a player and as a student, and I fell that my time is not up at Alabama. I have unfinished business to take care of and the only way to do that is to stay one more year. After praying and talking with my family and Coach Saban, I’ve decided that I will return for my senior season.”

Smith led the Crimson Tide in receiving yards with 1,256 and receiving touchdowns with 14 in 2019. He is the third draft-eligible player to announce his intentions of staying as he joins linebacker Dylan Moses and tackle Alex Leatherwood.