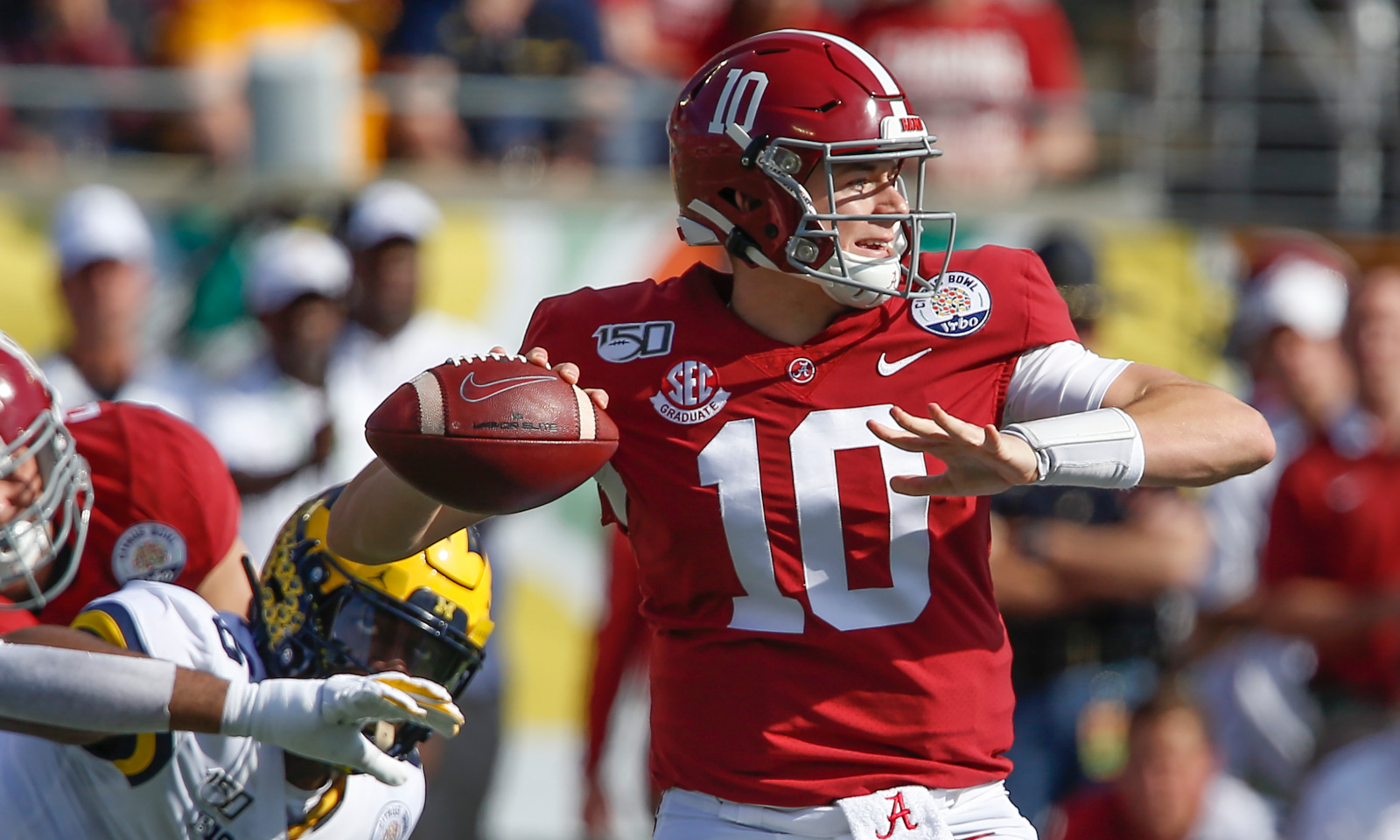 On Monday morning at 11:00 a.m., Tua Tagovailoa made his decision and it was one that came at the surprise of nobody.

The junior quarterback has decided to take his talents to the National Football League and not return to Alabama for his senior season.

In three seasons, the native Hawaiian was both a special player and person.

His career ends with him being first all-time for the Crimson Tide in touchdown passes (87) and total touchdowns (96). He has the single-season record in both categories and is third all-time for passing yards (7,442) and total offense (7,782 yards). Prior to suffering a right hip injury against Mississippi State, Tagovailoa had 2,840 yards with 33 scoring tosses to three interceptions.

He was the runner-up to the Heisman Trophy winner (Kyler Murray) in 2018 and earned numerous awards that year – including Maxwell, Walter Camp, SEC Offensive Player of the Year, Sporting News Player of the Year, consensus All-American and first-team All-SEC.

He was the Most Valuable Player of the 2018 Orange Bowl and MVP of the 2018 College Football Playoff National Championship matchup (2017 season) versus Georgia.

With him moving on, an entertaining conversation begins at quarterback upon the start of spring ball.

Through the eyes of many fans, Mac Jones has earned the right to be the starter.

He will be a redshirt junior next fall and when Tagovailoa went down with an ankle mishap against Tennessee, Jones stepped in and grew with each game. The native Floridian completed 97 of 141 passes for 1,503 yards with 14 touchdowns to three picks.

He had two 300-yard performances versus Auburn and Michigan, while leading the Tide to victory over the Wolverines in the Citrus Bowl.

Jones got much-needed reps at bowl practice and those opportunities were integral in him tossing for 327 yards with three scores on New Year’s Day.

As good as he is, will he fend off Taulia Tagovailoa, Bryce Young and Paul Tyson?

This is the biggest question.

The younger Tagovailoa was a star at Thompson High School in Alabaster, Ala.

He threw for 3,728 yards with 35 touchdowns in his senior year and took the Warriors to the Class 7A State Championship Game in 2018.

Listed at 5-foot-11 and 208 pounds, Tagovailoa has the capability of extending plays. He was not given much of an opportunity to throw the ball this season; however, he has put on more muscle in the weight room.

Getting his body in order to compete in the Southeastern Conference is very important.

Young, a five-star in the 2020 class, is the one fans are excited for.

His career started at Cathedral High School, but Young became a household name when he transferred Mater Dei: a powerhouse program in Santa Ana, Calif.

While his character is just as polished as Tua Tagovailoa’s, Young’s skill set has the potential to possibly be better than his predecessor.

At 5-foot-11 and 183 pounds, Young has big-play athleticism and a strong arm.

He put on a show at the All-American Bowl and ended his high school tenure with 13,520 passing yards and 152 touchdowns. Nick Saban raved about the incoming freshman during the early signing period, in stating that he ‘absolutely loves’ Young and that ‘he made of the right stuff.’

As for Tyson, he is no slouch.

The great-grandson of Alabama’s legendary coach, Paul W. “Bear” Bryant, had an illustrious career at Hewitt-Trussville (Ala.) High School.

He tossed for more than 6,500 yards and 69 touchdowns to just 13 interceptions in 24 games as a starter for the Huskies. Tyson has the ideal size at 6-foot-5, 220 pounds and despite not being overly athletic, he has an exceptional arm.

Tide fans will certain miss Tua Tagovailoa, but the QB room will be okay.