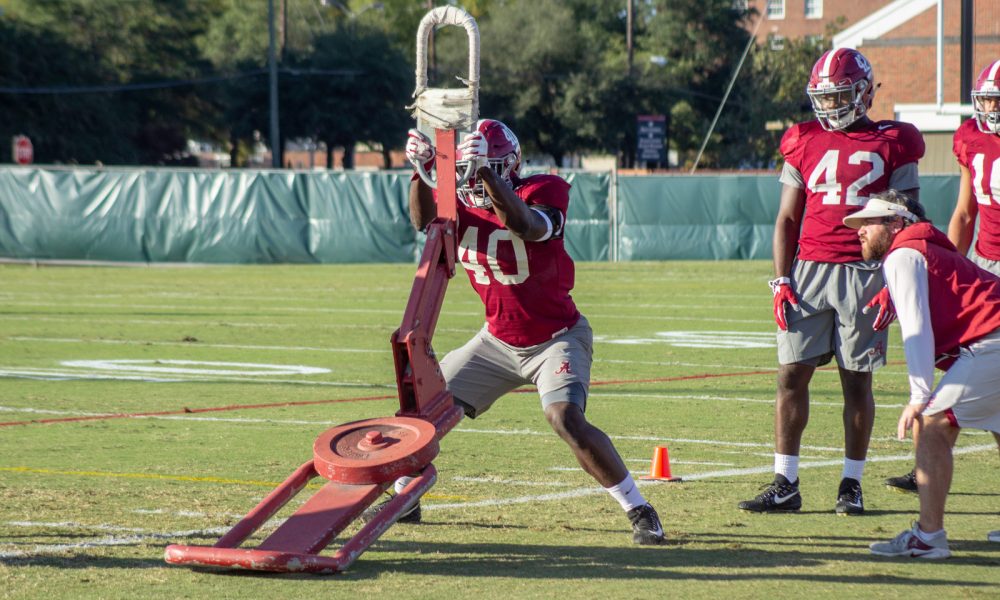 With the exception of Xavier McKinney, Alabama fans may have gotten the best turn out for defensive players that will be on the team next season.

After not playing in 2019, Dylan Moses announced via Instagram that he’s returning to the program.

Along with him, the Crimson Tide will gain Joshua McMillon back at linebacker.

The former four-star in the 2015 class was granted a sixth year of eligibility (medical hardship), but the question was would he use it at Alabama?

On Monday, an answer was unveiled.

Jacqueline McMillon, mother of Josh McMillon, posted a status on her Facebook that stated her son is returning to Alabama for the 2020 season. McMillon was pegged to be the starter at weakside “Will” linebacker last year, until a serious knee injury sidelined him in August.

The 6-foot-3, 237-pounder earned his degree and just wants an opportunity to be a major contributor on defense.

A native of Memphis, Tenn., McMillon looks to help Moses restore Alabama to being the feared team in college football again.