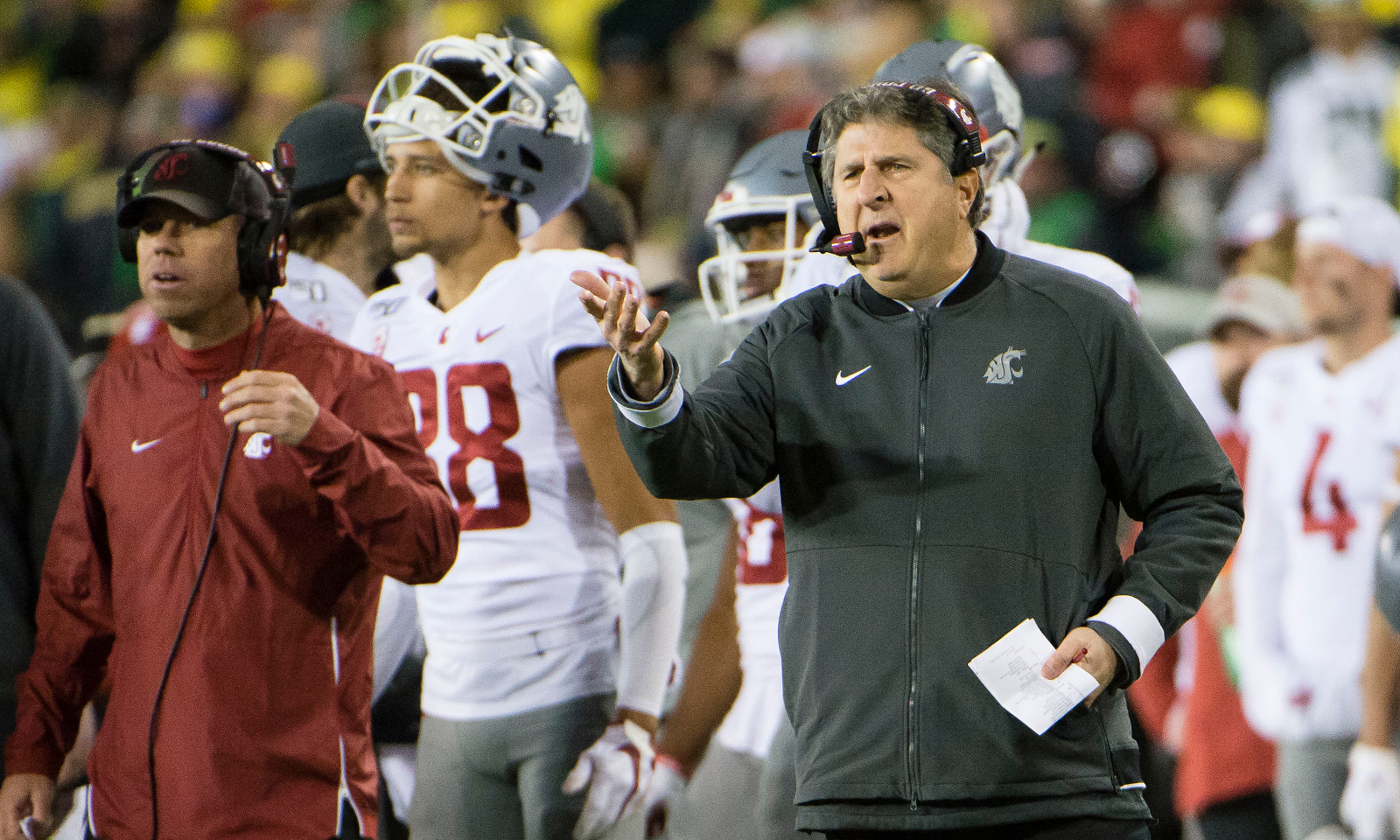 It was hard enough dealing with Ed Orgeron, Jimbo Fisher, Kirby Smart, Jeremy Pruitt and Dan Mullen, in terms of recruiting, but now another giant in the coaching profession is about to challenge Nick Saban in the Southeastern Conference.

After flirting around with the idea of hiring Steve Sarkisian away from Alabama, Mississippi State has found its next head coach.

According to Pete Thamel of Yahoo Sports, the Bulldogs landed on Mike Leach.

Source: Mike Leach will be the next head coach at Mississippi State.

The 58-year-old from California is not only an alumnus of Brigham Young University and Pepperdine University, but he is also regarded as the guru of spread offense. In seeing the changes of the college game, Mississippi State does not want to get left behind.

He had one 10-win campaign with Texas Tech in 2008, which earned him Big 12 Coach of the Year. Leach is masterful with quarterbacks and in 18 years at head coach, he molded nine guys that were 3,000-plus yard passers.

Recruiting is the first area that Saban is forced to work harder in.

With Leach’s arrival, it will be difficult for Saban and his staff to continue getting the elite level quarterback prospects. It hit on Tua Tagovailoa and Bryce Young will another special product; however, student-athletes will be drawn to Leach’s system.

He’s one of very few coaches that does not have a playbook, but rather a note card with high-powered formations on it.

Wide receivers want to play with big-time quarterbacks and for signal callers, not too many coaches are better than Leach. During his nine years in Starkville, Miss., Dan Mullen had the Bulldogs finish in the top-20 for recruiting just three times.

Despite this, he had seven winning seasons – including a 10-win campaign in 2014.

When he had Dak Prescott at quarterback, Mullen and Mississippi State spent a couple weeks as the No. 1 team nationally that year.

Leach will not only enhance that, but he will also increase expectations to win a conference championship and a national championship at some point.

It was not competitive with Alabama in the last couple of years, but that will change for the Bulldogs next season. Leach’s offense will force Saban to make sure he recruits the best talent for Alabama’s secondary and develop it well.

Media will await with anticipation for SEC Media Days in July, but next fall will present the SEC West as the most entertaining division in college football.

Whether it’s recruiting, on-field matchups or intense storylines, we have some marquee head coaches back in the conference.

Saban’s push for more championship is about to get harder.