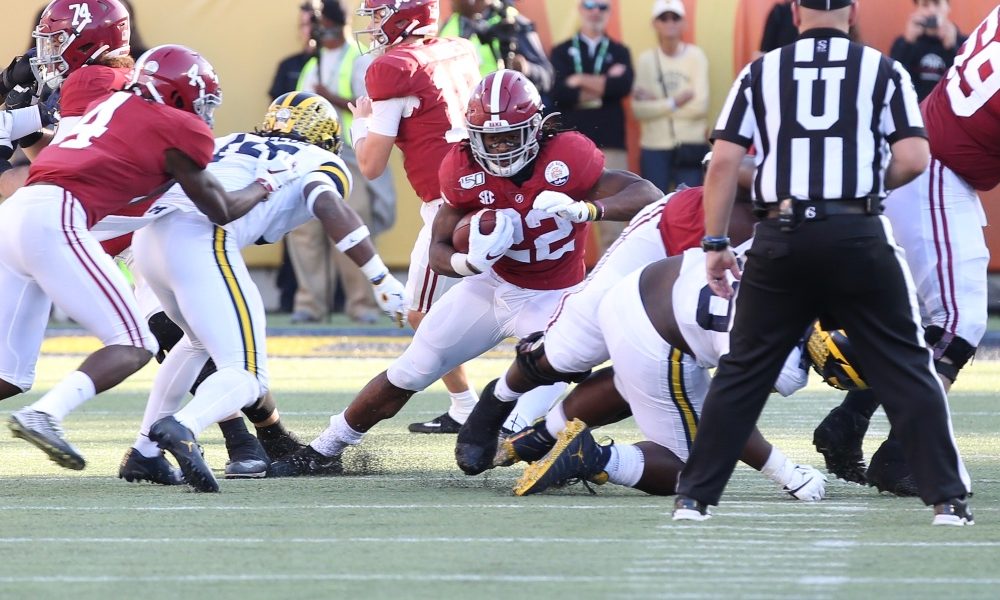 With just nine days to go until the cut off for eligible players to declare for the NFL Draft, Alabama running back Najee Harris is currently still undeclared. This past season has made his impending decision very difficult as he broke onto the scene as one of the premier running backs in the country.

In 2019, Harris led the Crimson Tide in rushing yards with 1,224, rushing touchdowns with 13 and yards per attempt with 5.9. The California native also posted some solid numbers on the receiving end as he caught 27 passes for 304 yards and seven touchdowns.

Despite the impressive numbers, there have been reports that he may not go in the first or second round of the draft due to the abnormally deep class of running backs. But even then Harris still hasn’t hinted at what he may be leaning towards.

On Saturday Harris posted a photo of him and potential quarterback Mac Jones to his snap chat story with no caption.

Both Harris and Jones were instrumental to Alabama’s offensive success down the stretch after the loss of quarterback Tua Tagovailoa.

There have also been other reports saying Harris has already informed the Alabama coaching staff that he will return but is still yet to put out a formal statement.

The cutoff for draft-eligible players to enter their names is Jan. 20, so an announcement is likely to happen in the coming days.