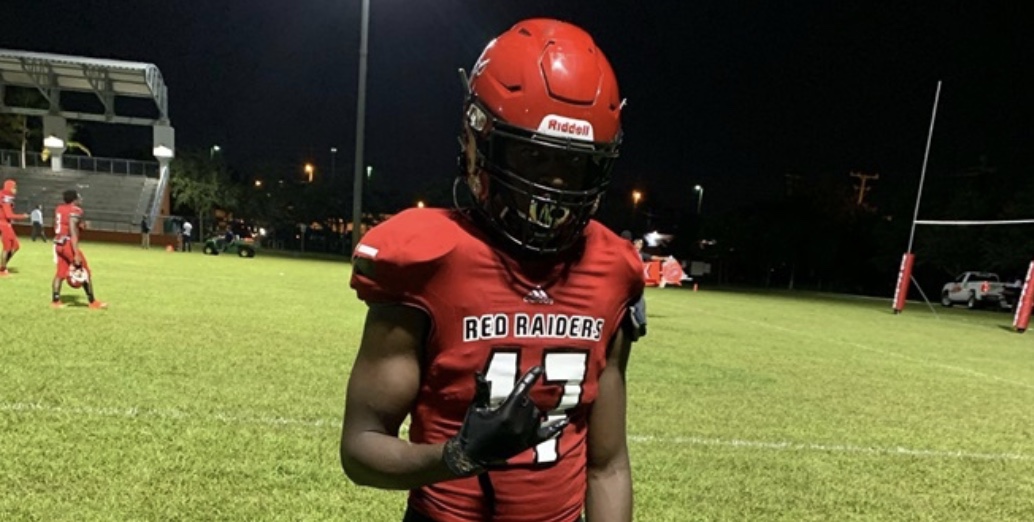 Alabama extended an offer to 2022 linebacker, Leon Hart Jr., on Jan. 4 and his recruitment is only just beginning.

Hart is a product of Edison High School in Miami, Florida. Four Division 1 schools have offered Hart and Alabama became the third when they did so. FIU is the latest school to offer the Miami product.

The 2022 prospect said he was working to get better when he found out about his Alabama offer.

“I was working out and my head coach called me and told me coach (Charles) Huff from Alabama wanted to offer me,” Hart said. “I was excited. It gave me a lot of energy, I felt blessed.”

At 6-2, Hart played both inside and outside linebacker during his sophomore season.  Alabama’s staff expressed to Hart, they were impressed with his movement on the gridiron.

Like many other college prospects today, Alabama has been a major force in college football for most of their lives and Hart respects that.

“Ever since I have been playing football, they have been the top team in the nation,” Hart said. “I like their players and the way they win.”

Alabama’s 2022 recruiting class is in the early stages as they do not have a commitment as of yet, but they have continued to extend offers to several 2022 prospects. Hart looks to get to Tuscaloosa for a visit soon to see if he fits in at Alabama.

Hart’s recruitment is expected to pick up more steam as more teams become interested in him.

Najee Harris drops a huge hint to his impending decision
Najee Harris is back at Alabama but with no official word on his decision
To Top
%d bloggers like this: