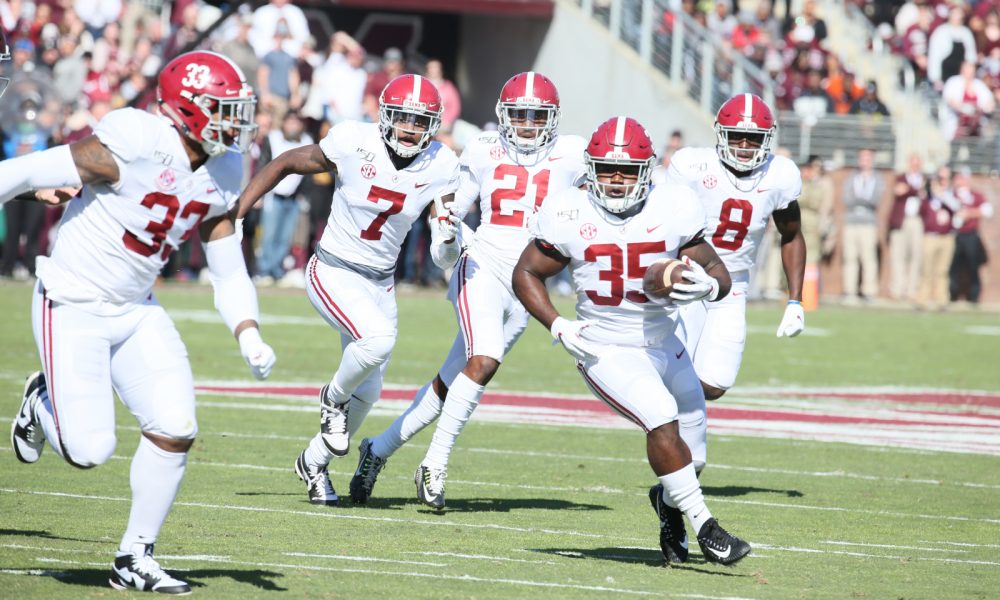 On a day where LSU and Clemson will compete for the College Football Playoff National Championship, the Football Writers Association of America released its Freshman All-America Team.

When the announcement came on Monday, two student-athletes from Alabama football were represented as Evan Neal and Shane Lee got honored. Both players arrived in the 2019 signing class for the Crimson Tide and played critical roles in the team finishing with its twelfth 10-win campaign under Nick Saban.

After earning a 35-16 win over Michigan in the Citrus Bowl, Alabama improved to 11-2 on the year and entered the offseason with much confidence.

Neal, a five-star from Florida, did not allow a sack at left guard.

RELATED: Alabama QB Mac Jones has a message for the haters for next season

Prior to a hip injury versus Mississippi State, Neal protected Tua Tagovailoa to 2,840 passing yards with 33 touchdowns to three interceptions.

The departure of Jedrick Wills to the NFL Draft could potentially have Neal transition to right tackle for next season.

Lee, a four-star from Maryland, started all 13 games at middle linebacker.

The 6-foot, 246-pounder chimed in with three quarterback hurries, two forced fumbles and one interception.

With the return of Dylan Moses, Lee will have an opportunity to learn more on the defensive system and gain confidence as a play caller.

He had some strong moments in 2019; however, Lee also had some situations where he thought too much.

More reps will help him become better, but he gained valuable experience as a freshman.

Alabama QB Mac Jones has a message for the haters for next season
WATCH: ‘Nobody can stop me when I am confident,’ Ennis Rakestraw talks recruitment boost
To Top
%d bloggers like this: