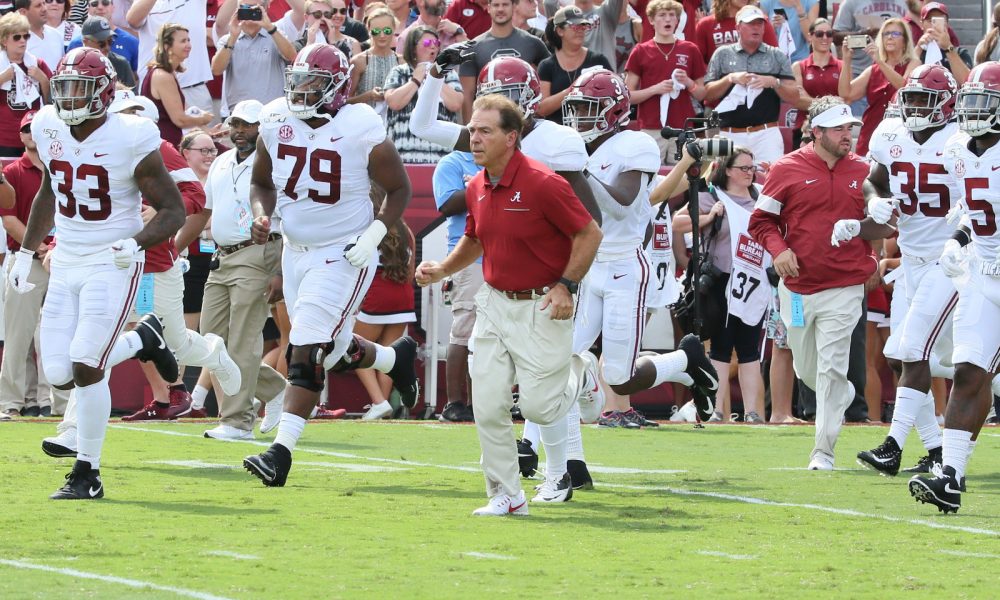 Some interesting things have happened since Monday night – including the Associated Press releasing its final top-25 rankings for the 2019 season and LSU losing Joe Brady to the NFL.

Another piece of information was Najee Harris deciding to return to Alabama for his senior season and forgoing the NFL Draft.

The Crimson Tide was ranked at No. 8 in the final AP poll, giving it a top-10 finish.

Despite injuries, inconsistent play on defense and a few calls not going correctly from the officiating staff, Alabama still managed to go 11-2 and end on a positive note.

This ranking will provide much motivation for the offseason.

RELATED: Was the 2019 season just a flash in the pan for LSU football?

Although it put a halt to Clemson’s championship dynasty, LSU woke up to a nightmare on Tuesday as Brady heads to the Carolina Panthers. The 30-year-old was the Tigers’ passing game coordinator for one year and he produced one of college football’s most dynamic offenses.

With Brady, the Tigers averaged 48.4 points a game and Joe Burrow won the Heisman Trophy.

It will be interesting to see how it will look next season.

In this segment of Instant Analysis, yours truly of Touchdown Alabama Magazine provides a reaction to the Tide’s ranking and takes on the thought of LSU being a one-year wonder.