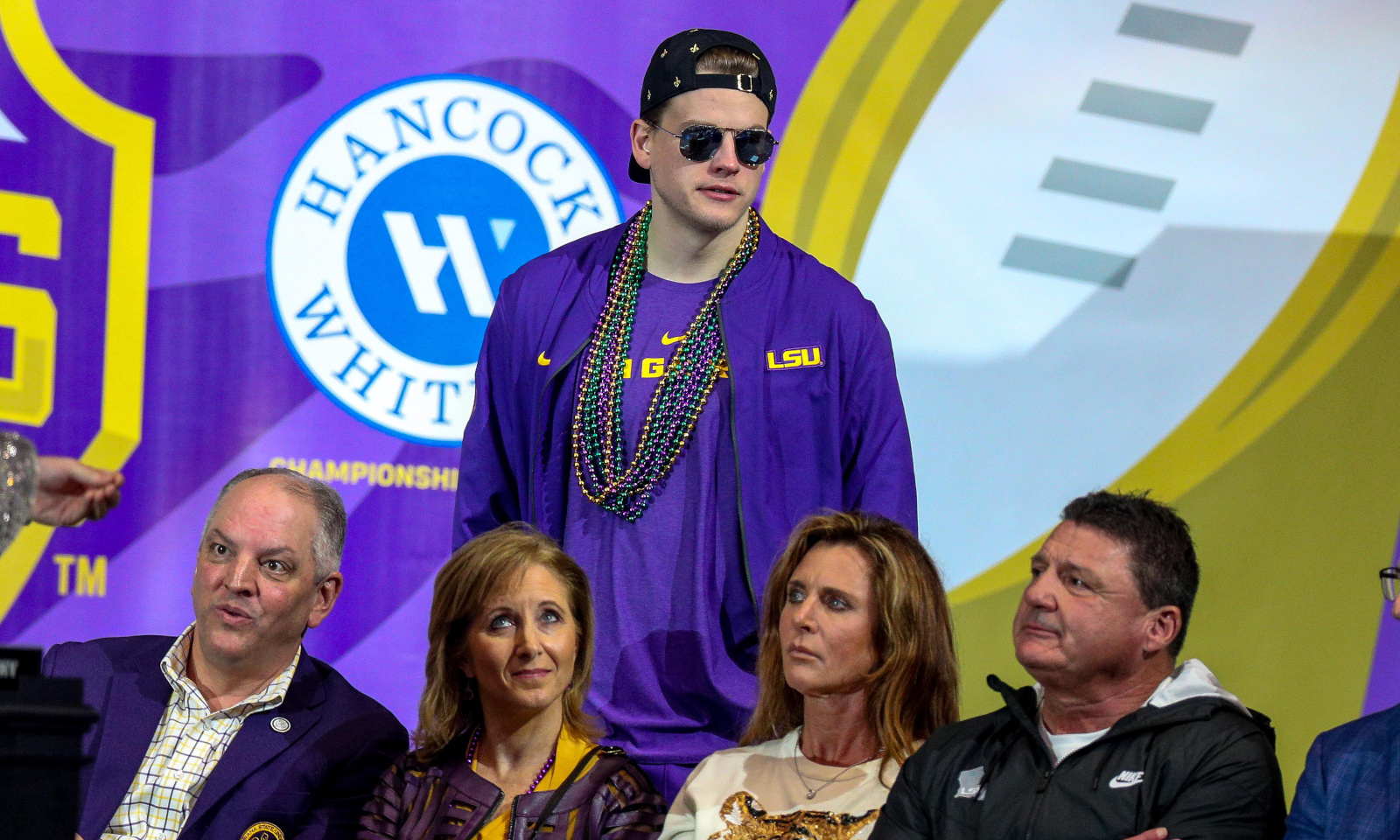 After its first national championship in 12 years, Louisiana State University is living it up.

The school had a parade and there has been non-stop conversation about how special the 2019 season was for it. Even with it losing two assistant coaches and nine draft-eligible juniors, the Tigers are trying to relish each moment. Joe Burrow leads the celebration train, as LSU’s first Heisman Trophy winner since Billy Cannon (1959) can’t stop talking about beating Alabama.

During the pep rally portion of the parade, former Tiger standout – Jacob Hester – wanted Burrow to talk about the team’s Heisman moment.

The Ohio native immediately went to the matchup on Nov. 9 at Bryant-Denny Stadium versus Nick Saban and the Crimson Tide.

What was the Heisman moment this year?

Burrow: “It’s gotta be going into Tuscaloosa … that was complete dominance.” pic.twitter.com/HgnE34iPm1

“It’s gotta be going into Tuscaloosa,” Burrow said. “That was a dominant win. The final scoreboard did not show it, but it was complete dominance.”

RELATED: Ed Orgeron on Joe Burrow “I believe he’s good -or better- than the quarterback we are playing”

He said this statement on Saturday with shades covering his eyes, but the game was not the dominance Burrow speaks of.

Despite trailing by a score of 33-13 at halftime, Alabama outscored the Tigers, 28-13 in the second half.

On one ankle, Tua Tagovailoa torched a secondary filled with NFL talent for 418 passing yards and four touchdowns.

One stop from the Tide’s defense was the difference.

If Alabama gets a stop, it potentially wins the game. Because it failed to do so, LSU escaped with a 46-41 victory and rode the moment to a Southeastern Conference Championship and a College Football Playoff national title.

The celebration styles for Burrow and Ed Orgeron were different in defeating the Tide versus winning a conference title and a national championship.

It has been a while since LSU has been on the big stage, so quite naturally its overly excited.

With losing so much, national media will see if it’s able to sustain success.