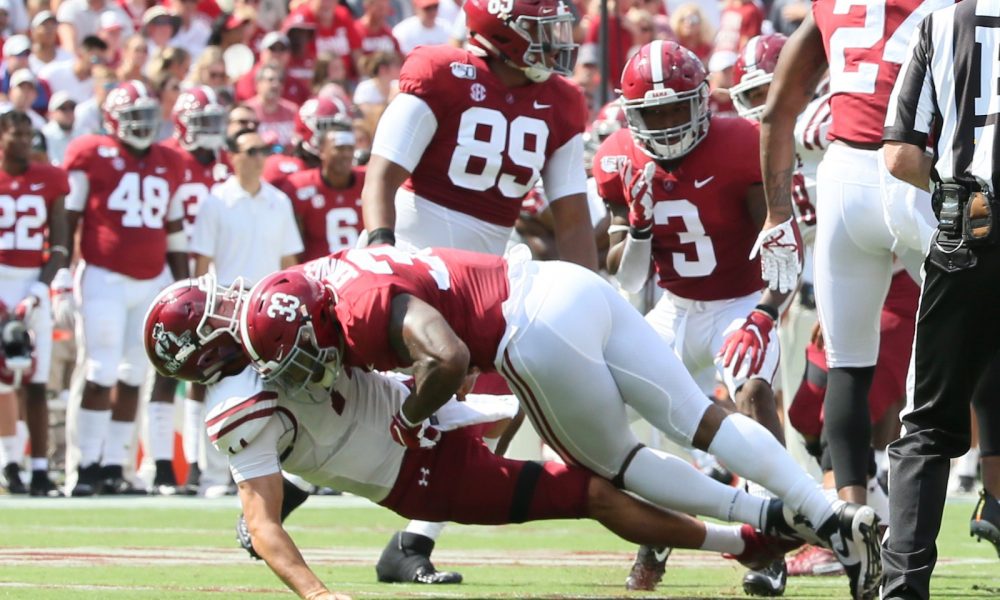 In their time together, Anfernee Jennings and Terrell Lewis had one season healthy at the University of Alabama.

Both made the best of the situation in 2019 and despite not winning a Southeastern Conference Championship or a College Football Playoff national title, the two showed they can affect quarterbacks, create negative plays and improve their draft stocks.

Jennings, a native of Dadeville, Ala., was voted one of four permanent team captains last year and will have his hand print and cleat print enshrined on Denny Chimes.

He was one of two productive leaders on defense, totaling 83 tackles – including a team-high 12.5 for loss with eight sacks (team high).

Lewis, a native of Washington, D.C., was finally healthy in 2019 after two seasons of injuries.

He chimed in with 31 total tackles, 11.5 tackles for loss, six sacks and a team-high 16 quarterback pressures.

The 6-foot-5, 252-pounder made life difficult for signal callers at certain points last year. A former five-star in the 2016 class, Lewis wanted to do more at Alabama yet medical issues kept him from reaching his full potential. His career did finish with a pair of conference championship rings and a national title ring in 2017.

Although Lewis received a first-round grade for the draft, Jennings looks to show he’s just as productive and needs to thought of highly as well.

Both players will also be on site for the Crimson Tide’s pro day, which is scheduled for Tuesday, March 24 at 9:00 a.m.