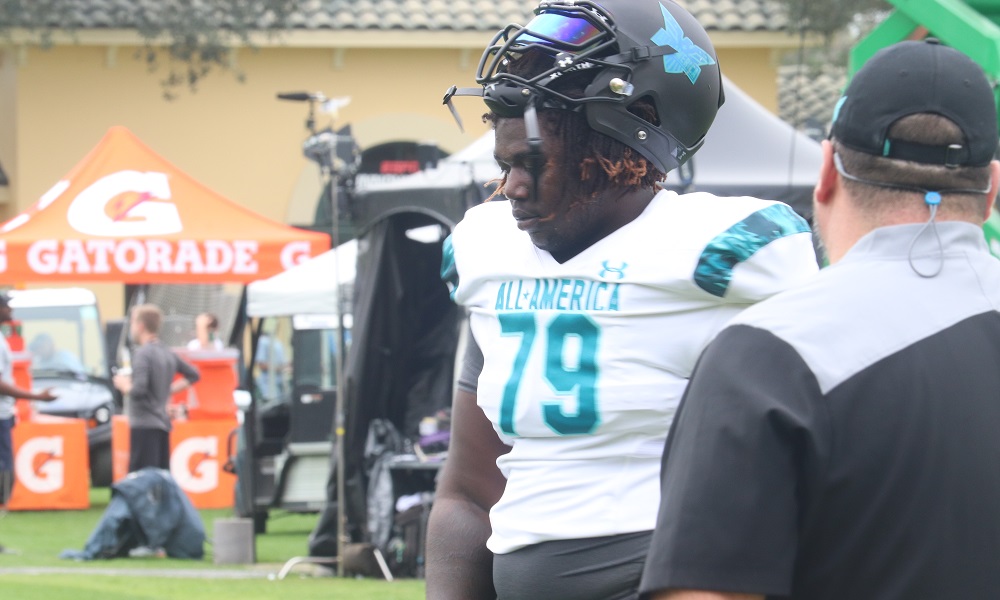 Alabama’s 4-Star offensive lineman commit, Damieon George, is officially heading to Tuscaloosa as he signed his National Letter of Intent to the University of Alabama Wednesday.

George verbally committed to Alabama in July. Although he continued to visit other schools, his pledge to Alabama stayed firm. The Texas product told Touchdown Alabama, the Crimson Tide was the only team he was looking forward to talking to in February at the Under Armour All-America Game.

There are several reasons why George committed to Alabama. One of those reasons is the way Alabama’s program is set up.

George currently checks in at 6-6 and 348 pounds. With a similar frame, George models his game after current Alabama offensive lineman, Evan Neal.