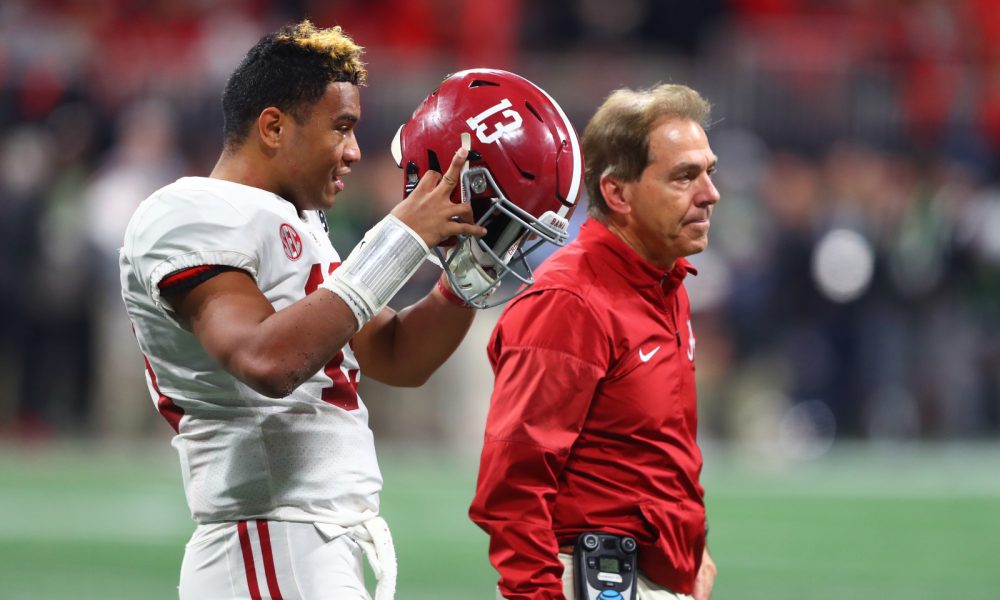 The medical staff for the University of Alabama football program does it again.

After sustaining a dislocated right hip with a fracture against Mississippi State in the 2019 season, Tua Tagovailoa has been constantly in rehab. He has done everything the team doctors have asked him to do and the rehab process has been tremendous.

According to Ian Rapoport, a national insider for NFL Network, Tagovailoa received a positive report from his CT scan.

The three-month CT scan for #Bama QB and coveted draft prospect Tua Tagovailoa was as positive as possible, sources say. The fracture has healed. The hip and its range of motion is good. It’ll likely be another month before he’s cleared for football activities, tho, as expected.

If Tua’s health continues this way, the expectation is for a very good medical exam at the Combine. https://t.co/W1PKrxzNUo

With this being said, his main objective for the NFL Scouting Combine is to grade well medically and participate in interviews. Should he continue to press forward, the native Hawaiian could be cleared for football activities within a month.

Three teams in the top-10 – Dolphins, Lions and Chargers – are in desperate need of a quarterback in this year’s NFL Draft.

Tagovailoa rescued Alabama to a College Football Playoff National Championship in 2017 and led the program to a Southeastern Conference title in 2018. He finished runner-up to the Heisman Trophy in 2018 and earned All-American honors.