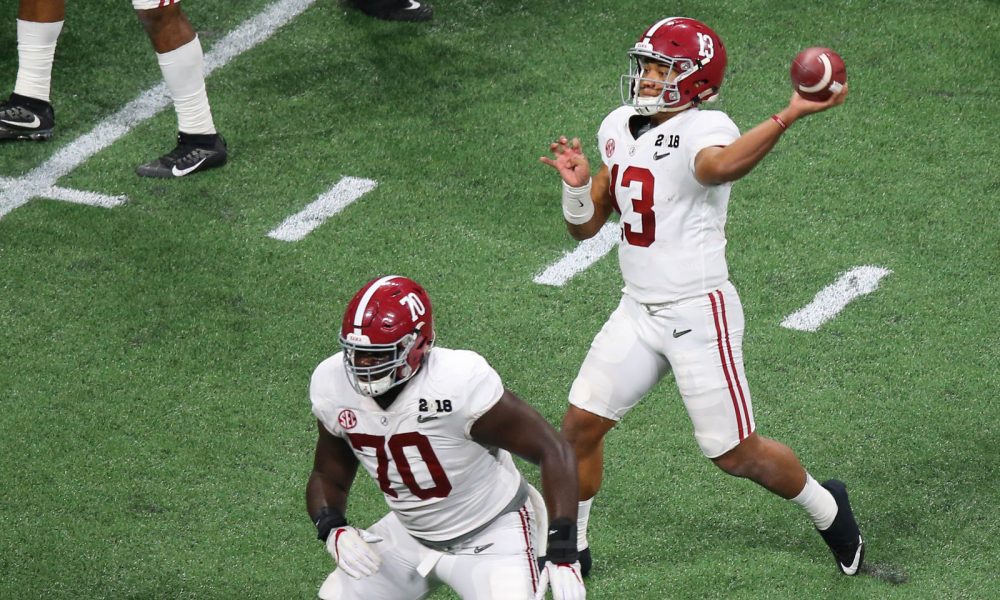 Tua Tagovailoa of Alabama football will attend the NFL Scouting Combine and after three seasons with the Crimson Tide, he looks forward to proving his worth as a franchise quarterback for years to come.

He was featured on Super Bowl Live via NFL Network on Thursday and Tagovailoa’s main objective is to check all medical boxes.

While other players will look to wow pro scouts and teams, the native Hawaiian has identified his goal for the week.

“I’m doing good. We’re on pace for a full recovery. In life, I’m grateful I got to experience both sides of the spectrum. I got to experience being on top of the mountain … and then being in the peak of the valley. That’s how life is.” — @Tuaamann pic.twitter.com/emHtVM7uNE

.@Tuaamann as he made the interview rounds today Miami:

*Will go to @NFL Combine to meet with teams
*May take part in a Pro Day
*Will have CT scan February 10th
*Will attend agent’s SB party this weekend & meet @MiamiDolphins owner#Tua #Dolphins #NFLDraft #SBLIV pic.twitter.com/hExnPul3CX

Throughout his career at Alabama, Tagovailoa came off the bench to rescue the program to a national championship and guided it to a Southeastern Conference title.

His performance of 3,966 passing yards with 48 total touchdowns in 2018 led to him finishing runner-up to the Heisman Memorial Trophy and earning consensus All-American honors.

He was also the SEC’s Offensive Player of the Year that season.

Once a five-star prospect, Tagovailoa collected 7,442 passing yards, 87 scoring passes and 96 total scores in his tenure.

Prior to sustaining a dislocated right hip against Mississippi State in 2019, he was on pace to possibly win the Heisman. He had 2,840 yards with 33 touchdowns to three interceptions.

His rehab has gone very well and should he be able to throw at his Pro Day, there would not be any doubt of him going in the top-five of this year’s NFL Draft come April.