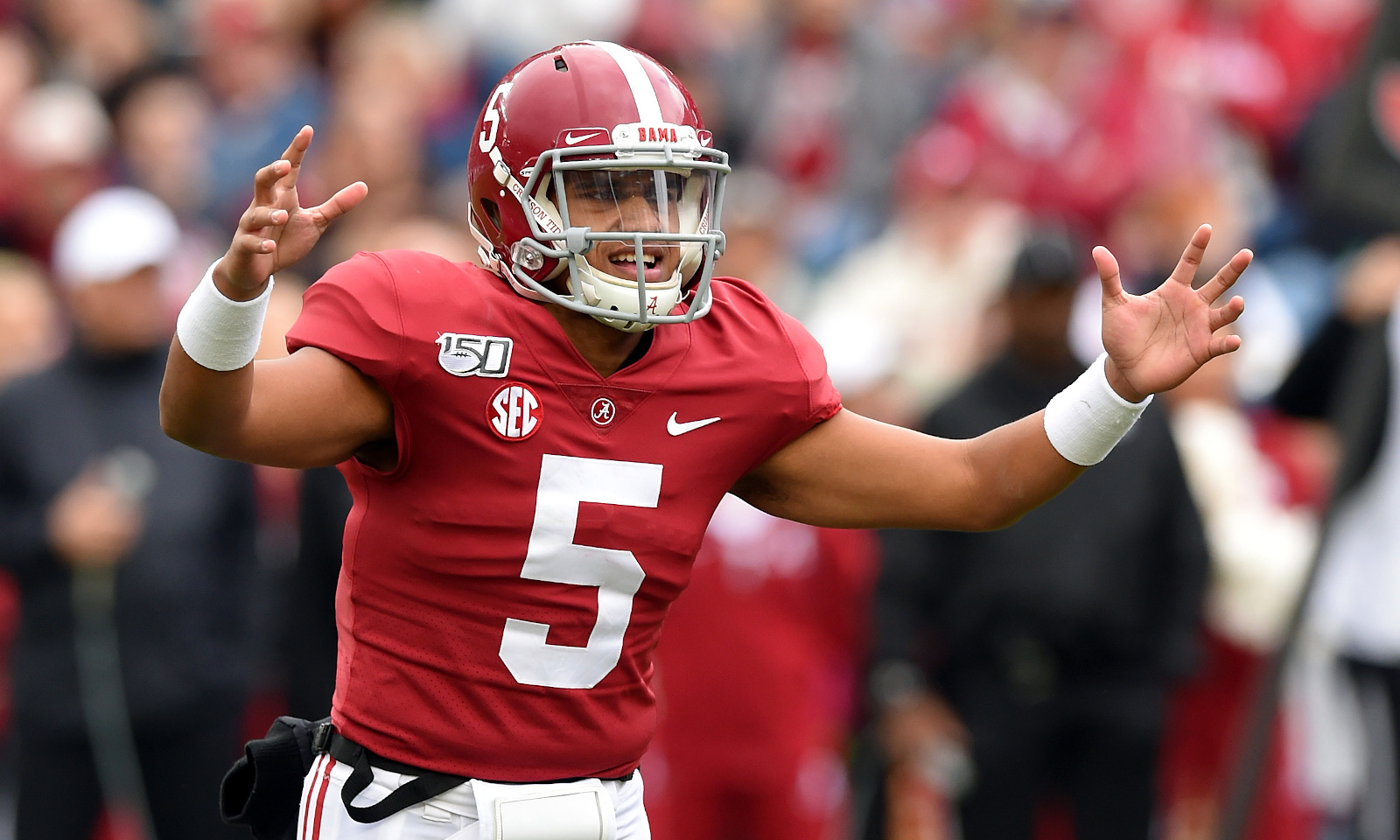 He now has to quickly become his own man.

Since childhood, he has been stuck in the glow of his older brother. After watching guys like Trent Dilfer (Elite 11) train his elder sibling, he witnessed his brother come off the bench as a freshman in the 2018 College Football Playoff National Championship Game for Alabama versus Georgia and toss for three scores – including a 41-yard, game-winning strike in overtime.

He observed him being a runner-up to the Heisman Trophy, collect All-American honors and change the perception of Crimson Tide football in 2018. However, his brother has now been called to a different path and Taulia Tagovailoa enters his second year at Alabama this fall.

He is not Tua Tagovailoa, but he doesn’t need to be.

The patriarch of the Tagovailoa family has already mentioned this.

For Taulia, he enters a battle this spring that he must be prepared for. His father, Galu Tagovailoa, told reporters that his youngest son is fueled by competition. He will need to rely on that now more than ever, seeing how Mac Jones has the experience and Bryce Young is creating much attention.

Despite varying opinions, Tua had a better situation than what Taulia is facing.

Regardless of Jalen Hurts winning Freshman of the Year and Offensive Player of the Year in the Southeastern Conference for 2016, he was never taught how to be a conceptual quarterback.

Once his athleticism topped out, fans immediately started clamoring for Tua Tagovailoa.

At that time, Mac Jones was an afterthought — running the scout-team offense.

As he enters his fourth year in the program, Jones is poised to be the starter. He’s bulked up his body and has full knowledge of the system.

Also, he performed very well in his four starts last season and the team is behind him.

It may not be a fair comparison, but some Tide fans view Bryce Young as the second coming of Tagovailoa. He is a five-star himself from California, who possesses the ability to make every throw on the field. Young dominated the All-American Bowl and finished his high school career with 13,250 passing yards and 152 touchdown passes.

Rumors have started on whether Taulia Tagovailoa will enter the transfer portal and while his name is not in there, spring practice is crucial for him. As a four-star from Thompson High School in Alabaster, Ala., he was one of the best quarterback prospects in the 2019 cycle.

He has a lot of talent, but will he fend off Young?

Tagovailoa desires to be the starter for the Tide, but being the primary backup would at least secure him with the program for another year.

Should he fail to hold off Young, all eyes will be on the portal in the days following the NFL Draft.

Nothing in life is given and for the second Tagovailoa, he is about to use spring ball to snatch back the attention.