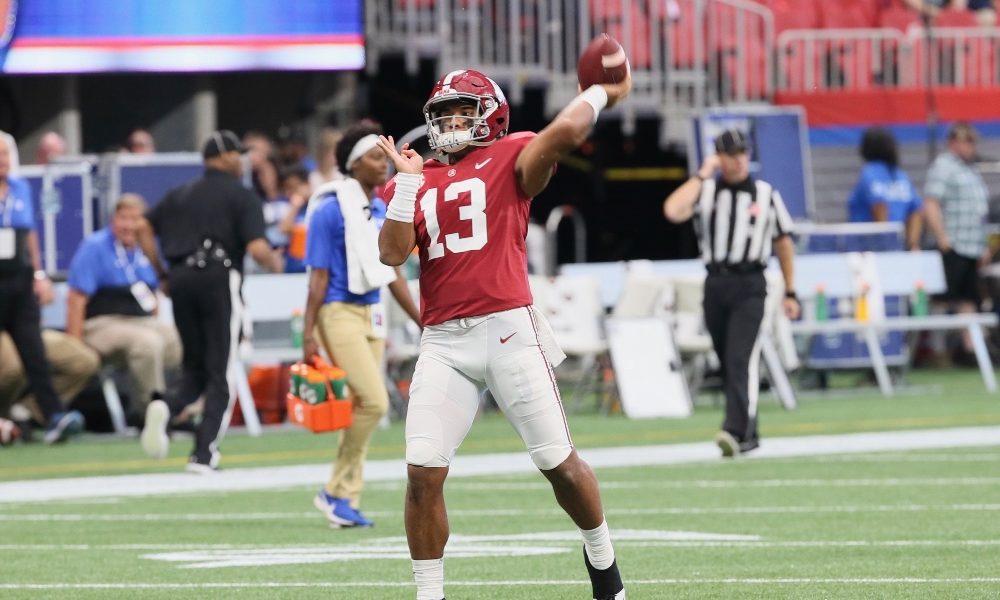 In the well documented line of NFL talent Alabama has produced over the past 13 years, there may not be a player who has had the amount of hype or success Tua Tagovailoa has had in the span of three seasons.

Throughout his tenure under head coach Nick Saban, Tagovailoa’s name can be found near the top of most of the Crimson Tide’s passing records. He ranked in the top five in passing yards (7,422), passing touchdowns (87), completions (474), completion percentage (69.3) and yards per attempt (10.9).

It is difficult in its own right to try and find someone who compares to Tagovailoa since he is such a unique player.

Some scouts are quick to throw out the name Russell Wilson when talking about the projected top 10 pick. But Saban went in a bit of a different direction when speaking about Tagovailoa in an interview with Sports Illustrated.

“I think he’s a lot like Drew Brees. I always thought Aaron Rodgers was a lot like that as a player too,” said Saban. “Not overly big, accurate with the ball, really good judgement, decision making. Those guys are the style of player.

“I would never say the expectation should be he would accomplish what those guys have, I’d never wanna put that on a guy. But that’s the style of player he is.”

Tagovailoa is on his way to becoming the highest selected quarterback in the Saban era. For a while there were questions about the health of the dislocated hip he suffered against Mississippi State last season but NFL Network’s Mike Garafolo reported that teams should be very optimistic on Tagovailoa.

“The reason that there’s optimism is people around him say you wouldn’t know he had surgery six or eight weeks ago, whatever it was,” Garafolo said on Jan. 18. “The way he’s moving around. He’s training twice a day with his first workout starting at 4:30 in the morning…

“Apparently, these workouts are going extremely well. That’s why his agent Leigh Steinberg is saying he’s going to throw separately in April.”

The improvement of his health alone would be enough for teams to grab Tagovailoa with one of the top picks in the draft. But now that his own head coach is saying that he draws comparisons to two of the best quarterbacks to spin the pigskin.