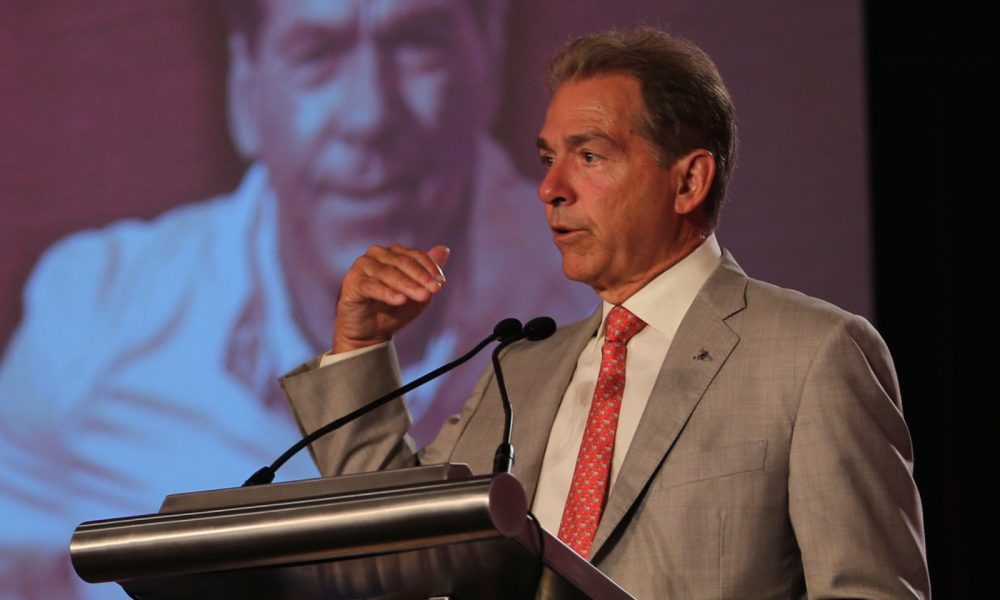 The unofficial countdown event for college football has been scheduled.

When it comes to summer, fans of the Southeastern Conference get excited about media days because it is the sign of football’s return. After having SEC Media Days in Hoover (Ala.) last year and for more than three decades – prior to 2018 – the event will be in Atlanta this year.

According to an article from CBS Sports on Thursday, the College Football Hall of Fame and Omni Hotel will serve as venues for reporters.

This year’s media days is scheduled from Monday, July 13 to Thursday, July 16.

RELATED: REPORT: Steve Sarkisian to remain at Alabama and is expecting a raise, per ESPN

Ed Orgeron, head coach of the LSU Tigers, will start the event on Monday, July 13.

He’s coming off a College Football Playoff National Championship and looks to guide the program to another one.

Nick Saban of the Alabama Crimson Tide will speak on Wednesday, July 15.

The three student-athletes that will represent each school will be announced at a later date.

REPORT: Steve Sarkisian to remain at Alabama and is expecting a raise, per ESPN
Four former Tide players post strong measurements at NFL Combine
To Top
%d bloggers like this: