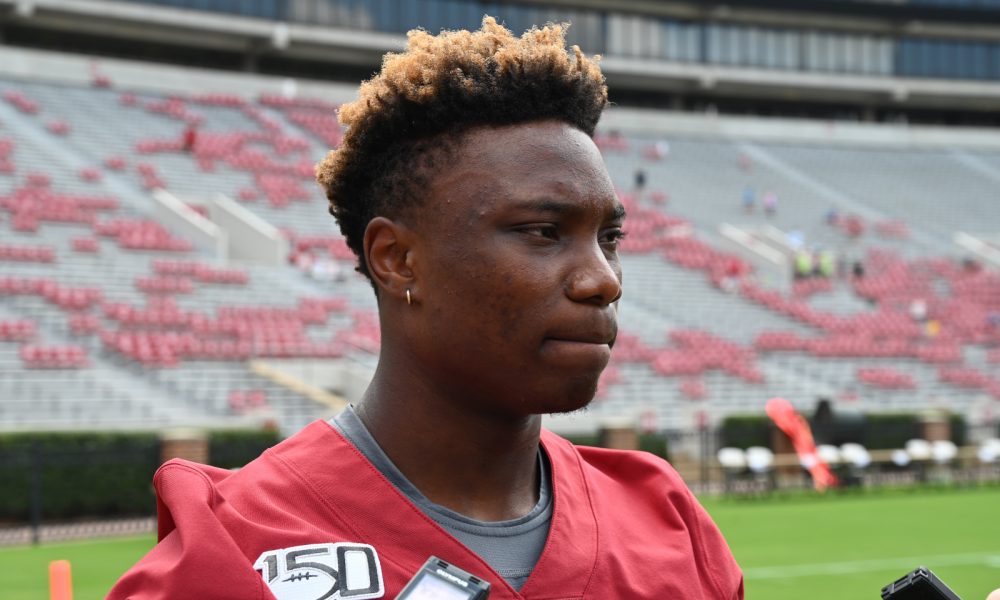 Every stopwatch will be on Henry Ruggs III on Thursday.

The former University of Alabama wide receiver impressed scouts on Monday with his 10” hands and on Tuesday, he discussed his goal for the 40-yard dash. Ruggs was the fastest player on the Crimson Tide in his three years and multiple races versus teammates – including Jaylen Waddle – proved it to be accurate.

He was a star track athlete at Robert E. Lee High School and of his 98 career catches at Alabama, 24 of them resulted in him scoring a touchdown.

He has his sights locked on breaking John Ross’s record of 4.22 seconds.

“My goal is to be the fastest ever.” – Henry Ruggs says he plans to break a 4.22 in the 40-yard dash pic.twitter.com/GGsEtl37rA

Ruggs is ‘very confident’ that he run a 4.22 or better. He’s been working on exploding out of his stance quickly and on time.

RELATED: A ‘leaner’ Jedrick Wills checked into the NFL Combine and is ready to rock

The former five-star told CBS Sports that he feels ‘very good’ about breaking the 4.22 mark this week.