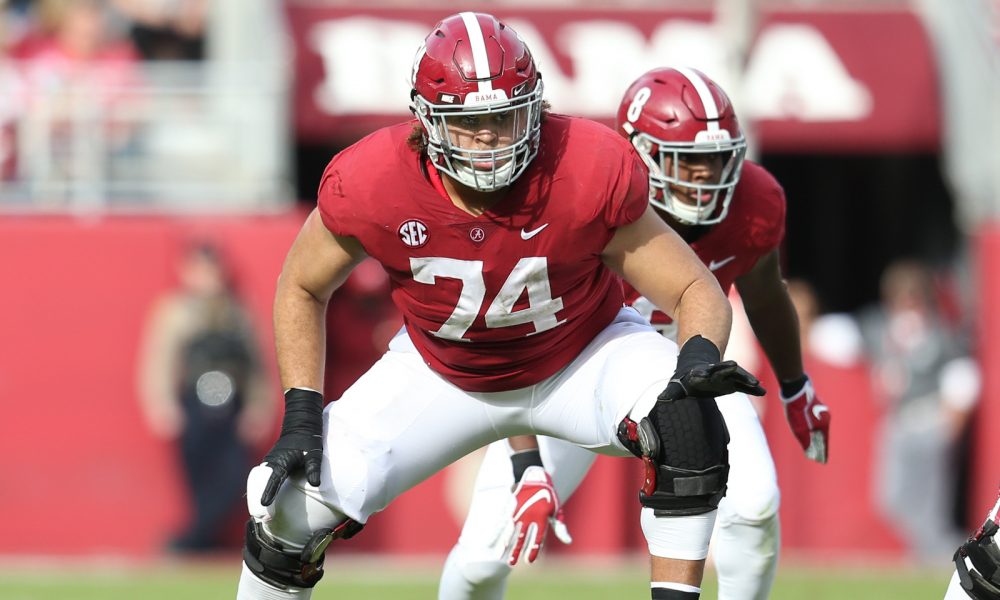 He is on an assignment to prove he is the best offensive tackle in this draft class.

Jedrick Wills was a star for Alabama football at right tackle, helping the program capture a national championship and a Southeastern Conference title. A native of Lexington, Ky., he arrived as a four-star in the Crimson Tide’s 2017 recruiting class.

After three seasons of protecting quarterbacks and blasting holes for running backs, Wills is prepared to make a difference in the National Football League. Throughout the draft process, he has been training under Bobby Stroupe – the founder of the APEC Fort Worth (Texas) Training Complex.

According to Stroupe, Wills ran 22 miles per hour on a fly sprint.

While his playing weight at Alabama was 320 pounds, a leaner Wills check into the weigh-in process on Tuesday at the NFL Combine.

He guided Najee Harris to his first career 1,000-yard (1,224) rushing season in 2019; however, the matchup versus LSU showed Wills at his finest. The anchor on the right side of Alabama’s line kept one of the top pass rushers in this class (K’Lavon Chaisson) from Tua Tagovailoa.

The protection from Wills allowed Tagovailoa to throw for 418 yards and four touchdowns, despite a 46-41 loss to the Tigers at Bryant-Denny Stadium. Wills is scheduled for on-field workouts on Friday and he anticipates dropping big numbers at the event.

He is projected a first-rounder for the NFL Draft in April.