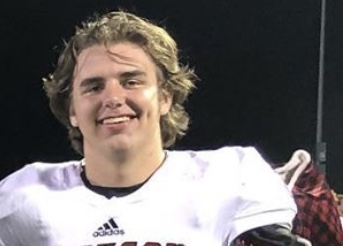 The offensive line is expected to be one of the Tide’s more intriguing position groups in the 2021 recruiting class as they continue to add targets to their recruiting board.

One of their newest targets is 2021 3-Star offensive lineman, Connor Tollison, out of Jackson, Missouri.

Wow this ones big.. Honored and Blessed to receive an offer from Alabama!! pic.twitter.com/uo9lFgxJMI

Tollison released a top 7 on Feb. 23 before the Tide offered but did say his recruitment was still open to all schools. Alabama jumped on the Collison train a few days later with an offer, which came from the Tide’s defensive line coach, Freddie Roach.

“Freddie Roach told me,” Tollison said. “He recruits Missouri and we talked Wednesday. I was so excited I was like holy crap because Alabama is like the best of the best.”

19 Division one schools have offered Tollison. Minnesota is the latest school to offer the Missouri product as the Golden Gophers extended an offer to him Thursday. South East Missouri, Oklahoma, Kansas State, Missouri, Ole Miss, Tennessee and Kansas State were included in Tollison’s top seven, which could change due to his latest offers.

Alabama’s player development is among the things Tollison really likes about Alabama.

“They are great at developing their players and are probably the best when you look at their winning percentage over the years,” Tollison said.

Tollison currently weighs in at 305 pounds and stands at 6-5. Jackson High School used him at the left tackle position throughout his junior season.

There is a possibility Alabama will host Tollison on March 7 for their second Junior Day event.