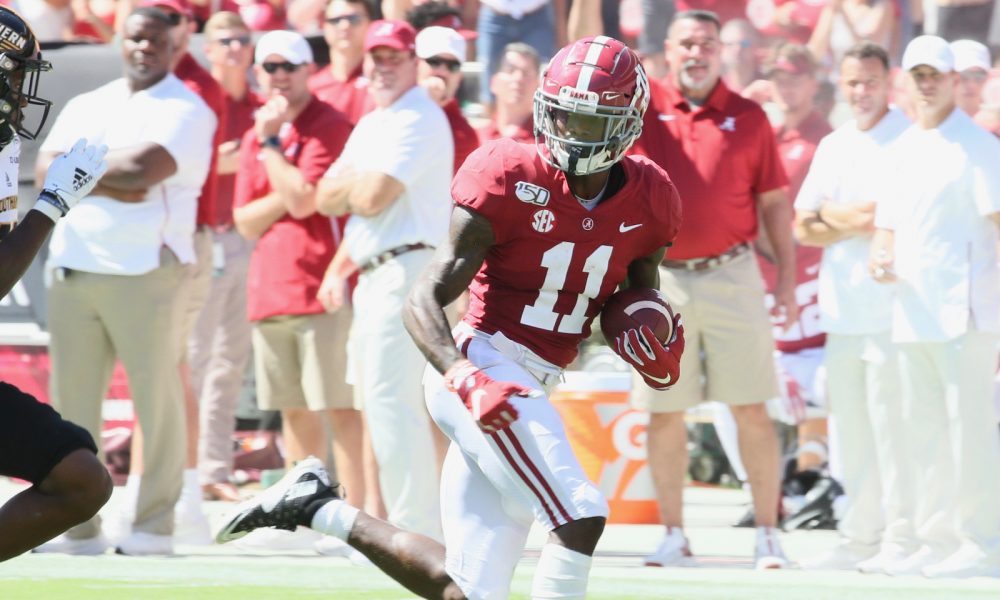 After showcasing his stellar speed at the NFL Combine last week it was a sure thing that many prominent brands would be looking to make a deal with former Alabama wide receiver Henry Ruggs. And it didn’t take long for one of them to scoop him up.

On Saturday Ruggs made the announcement via Twitter that he has signed a with Adidas. So on Sundays, in magazines and in commercials Ruggs will be rocking the latest from the sports apparel titan.

Adidas has partnered with some of the best players in the entire NFL which include Aaron Rodgers, Deandre Hopkins, Alvin Kamara, Von Miller, JuJu Smith-Schuster and Patrick Mahomes.

Ruggs was a standout player during the combine as he led all players with the top 40 yard dash time of 4.27. He also posted a vertical jump of 42.0 inches and a broad jump of 131.0 inches.

He is essentially a guaranteed first round pick with ESPN’s Todd McShay predicting that he will be selected by the Denver Broncos who own the No. 15 pick.

Daquayvious Sorey is an early target for several SEC powers
Christian Barmore ready to lead Alabama’s DL this season
To Top
%d bloggers like this: