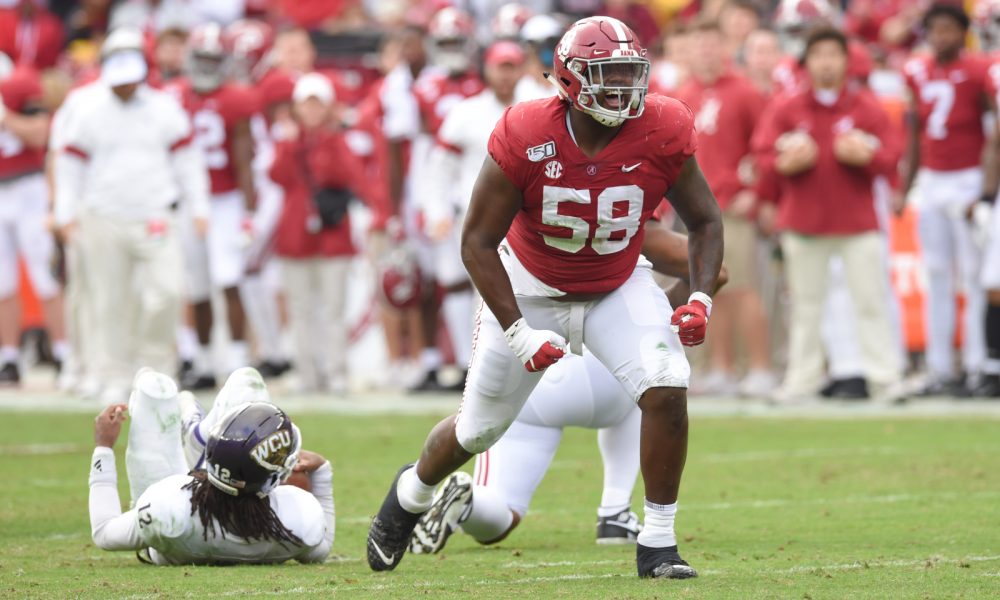 Freddie Roach will inherit some strong personalities in his return to Alabama at defensive line coach, but the alpha in the room is Christian Barmore. He had a passion no one could match last season, as his desire was to make plays on the field.

It bothered him when he was not on the field; however, he ignited the crowd when Nick Saban rotated him into games in 2019.

A four-star from Philadelphia, Pa., he enters his third year in the program.

Even in limited action, Barmore was a force as a redshirt freshman. He made the Freshman All-SEC Team with 26 tackles – including six for loss and two sacks. The 6-foot-5, 310-pound defensive tackle totaled five quarterback pressures and two pass breakups.

LaBryan Ray (redshirt junior) may be the eldest of the group, but Barmore carries the voice and energy at the position.

He posted a photo to Twitter on Friday with the caption “This year will be a story.”

After missing out on a national championship in two years, not too many people have the Crimson Tide pegged to win it all this season.

Barmore loves the fact that he and his team are in this situation.

It is the perfect opportunity to strike at college football and he will lead it on defense.

Roach will get the most out of everyone, yet Barmore was born for the moment.