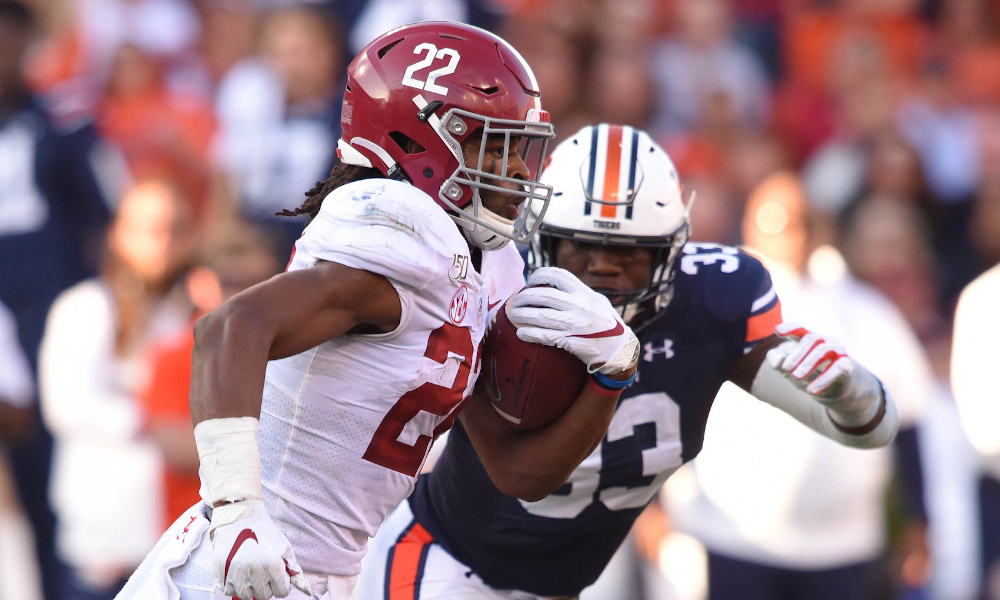 Two conflicting ideas are at the forefront of Alabama football fans.

Regardless of the concern being more so about defense than offense, people do wonder about how the Crimson Tide will look offensively.

With Tua Tagovailoa gone, the question is will Alabama return to a ball control style or does it continue to build onto its passing attack?

For the old school fans, they would like to see more ground and pound with the return of an iconic defense. However, the modern-day supporters understand that the game has changed and they desire to see Steve Sarkisian make improvements on strengthening the passing game.

The bigger picture within the discussion is can Alabama have both?

Despite it not winning a Southeastern Conference title, Georgia made it to the title game on a rushing attack and a dominant defense. Jake Fromm was a game managing quarterback, but the Bulldogs found a way to stay afloat. Mac Jones is not only better than Fromm, but he has more pieces at his disposal too. After proving he can operate the system in 2019, Jones returns as a redshirt junior and someone who can bring balance.

On Monday, yours truly of Touchdown Alabama Magazine introduced the topic of offensive balance on In My Own Words.

Tide fans, can this team have a strong run game with an epic passing attack?

Indiana beat reporter explains what Alabama can expect from David Ballou and Matt Rhea
TDA’s Stephen Smith offers his rebuttal to Pete Prisco of CBS on Tua Tagovailoa’s passion for football
To Top
%d bloggers like this: