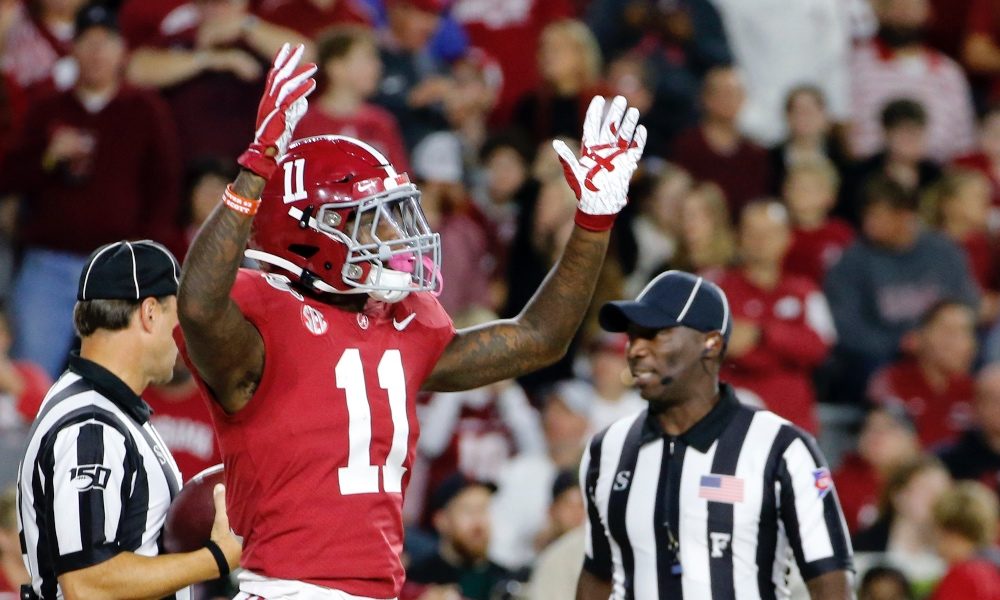 Although he did not do everything at the NFL Scouting Combine, no one’s stock has risen more than Henry Ruggs III at wide receiver.

Prior to the event, Jerry Jeudy of Alabama was thought to be the concrete No. 1 prospect at his position for this year’s draft class. While he and Ceedee Lamb of Oklahoma performed well, Ruggs stole the show with the numbers he recorded.

RELATED: Mel Kiper has Tua Tagovailoa to the Dolphins; ESPN analyst ‘shocked’ at how good he looks in workout video

A native of Montgomery, Ala., he turned in a 40-time of 4.27 seconds – which was the fastest time among receivers in the class and tied for the sixth fastest in Combine history. Ruggs also displayed a 42” vertical and 10’11” broad jump, both ranked within the top-five of the group.

The 5-foot-11, 188-pounder caught 98 passes in his career at Alabama – including 24 resulting in touchdowns.

Not only does he have incredible speed, but Ruggs also carries strong hands and smooth capabilities as a route runner. Despite not having a Pro Day, Daniel Jeremiah of NFL Network sees Ruggs as possibly the first receiver selected next month in Paradise, Nev.

I wouldn’t be shocked at all if Henry Ruggs ends up being the 1st WR drafted.

Even with the New Orleans Saints being the perfect spot for him, watch the Las Vegas Raiders at pick No. 12. Jon Gruden and the Davis family love speed. Seeing the work Ruggs can do in space, it would not be shocking to see the Raiders snatch him.