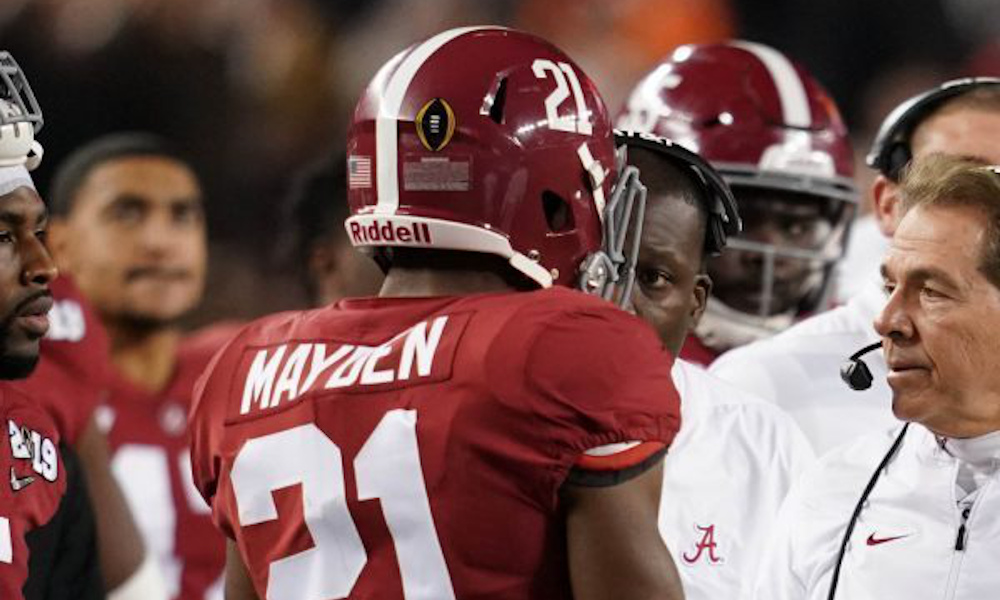 In the midst of COVID-19, Jared Mayden has decided to show NFL teams why taking a chance on him may be the best decision. Regardless of not having a Pro Day at Alabama, Mayden has teamed up with some trainers in Texas and performed workouts this week.

The former Crimson Tide safety posted a video on Twitter of him breaking on balls, flipping his hips and displaying quality footwork.

He showed at the Senior Bowl that he’s one of the more versatile defensive backs in this draft class.

Mayden was on two Southeastern Conference title teams (2016, 2018) and a national championship squad in 2017, but now he is ready to become a superstar at the next level.

NFL Draft analyst said he would ‘not be surprised’ if Henry Ruggs was the first WR taken
Jerry Jeudy is working out with NFL great, Chad Ochocinco
To Top
%d bloggers like this: