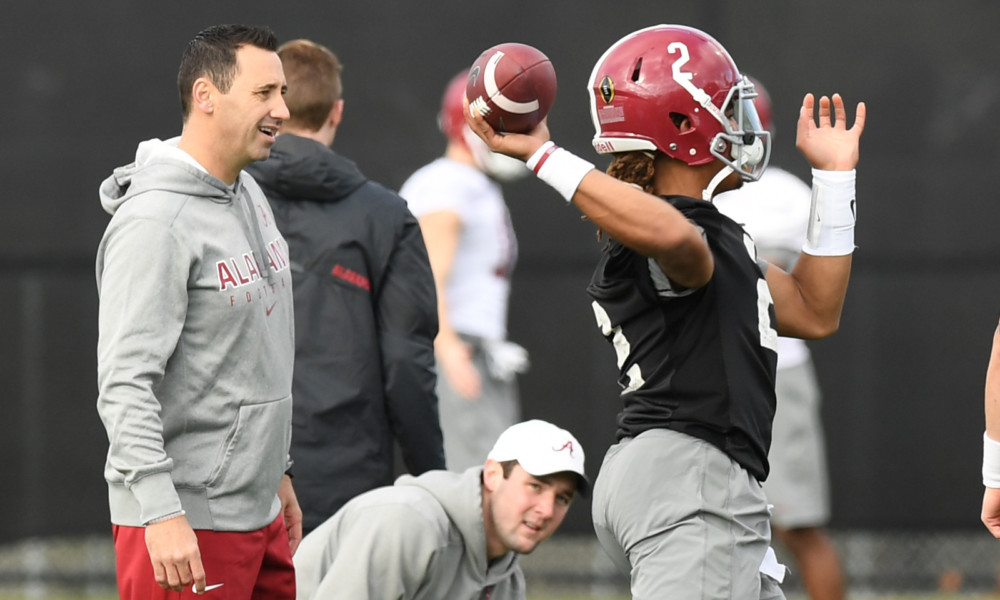 It’s seldom that when a college football player transfers from a major program, he remains one of the most well regarded and loved players the following season. But that’s just the kind of impact Jalen Hurts had on the Alabama community and team.

He displayed class and maturity beyond his years and was able to help the Crimson Tide get to three College Football Playoffs and national title games.

What’s also unusual about Hurts’ time in Tuscaloosa was the number of different play callers he had coming from the sidelines.

In three seasons Hurts had four different offensive coordinators along with a quarterback coach his last season at Alabama. For some this experience could be overwhelming and most of the time is a quick way to stunt the growth of a quarterback.

But Hurts has a different approach to it.

Instead of getting caught up on all of the different personalities and styles he looks to take snippet of knowledge from each and every one of them.

“I think just being around coach Kiffin, coach Daboll, coach Sark, coach Enos and coach Locksley at Alabama, they all had a little piece, you know, that was able to help me and prepare me as a player,” said Hurts. “Basically when I went to Oklahoma it was an opportunity to showcase what I learned and so much more. And you know the approach coach that Riley had. So it’s been a hell of journey.”

Before transferring to Oklahoma, Hurts threw for 5,626 yards, 48 yards and rushed for 1,976 yards and 23 touchdowns. He is currently projected to be selected by the Pittsburgh Steelers with the No. 49 overall pick in Mel Kiper Jr.’s latest mock draft.