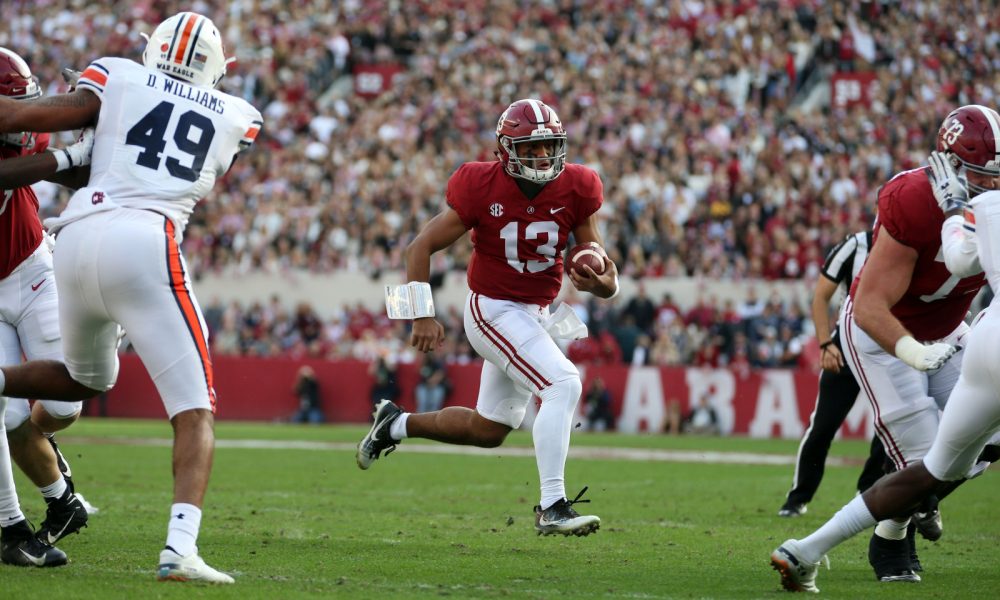 Earlier on Friday, the Wonderlic grades for quarterbacks in this draft were made available to the media and per Bob McGinn of The Athletic, Tua Tagovailoa scored a 13.

While some people were puzzled by this, ESPN’s Laura Rutledge provided clarity on the situation via Twitter.

She said Tagovailoa’s first grade came from when he performed the test at Alabama in 2018.

The native Hawaiian took it again at the NFL Combine and improved.

Clarification on Tua Tagovailoa’s Wonderlic Score: He took the test in spring of 2018 at Alabama, and got a 13. He took it again at the combine and scored a 19. The average score is a 20. I’m told, NFL teams have this information and there are no concerns.

His grade of 19 is near the average mark (20) of players; however, it still means nothing on whether or not he will transition well to the pro level.

RELATED: Wonderlic score for Tua Tagovailoa of Alabama has been revealed

Tagovailoa passed all his medical requirements and he is ready to show everyone why he’s the best quarterback in the class.