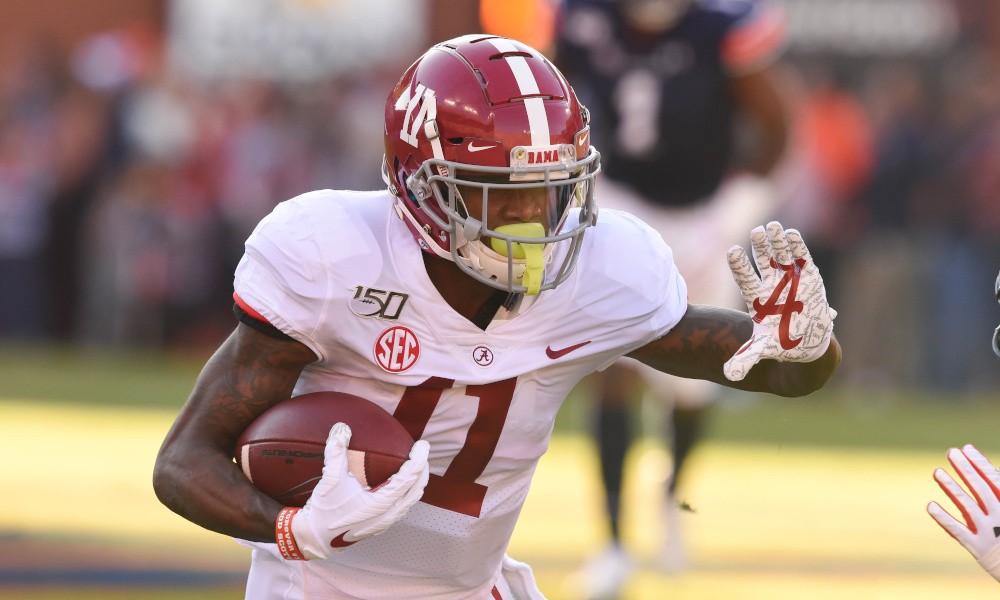 He has more motivation entering the NFL Draft, as if he needed it.

After fulfilling the dream of his fallen best friend to play football in high school and college, Henry Ruggs III is about to take on the professional ranks. He anticipates hearing his name called early on Thursday night, especially after the career he had with the Crimson Tide.

Once a five-star from Montgomery, Ala., Ruggs came in Alabama’s 2017 signing class and immediately made an impact as the team’s leader in touchdown catches (six). He started the comeback victory over Georgia in the 2018 College Football Playoff National Championship matchup with a score from Tua Tagovailoa.

Ruggs added to his production as a sophomore, becoming one of five players to record at least 40 receptions. He brought in 46 passes for 741 yards receiving with 11 scores – en route to winning a Southeastern Conference title.

The 5-foot-11, 188-pounder saved his best for last season, as he led the team in yards per catch average (18.6) with 746 yards and seven touchdowns on 40 catches. Of his 98 career receptions, 24 resulted in touchdowns – which is third all-time in school history behind Jerry Jeudy (26) and Amari Cooper (31). Ruggs ran through the entire SEC in three seasons, but he is viewed as ‘overrated’ from ESPN’s Ryan Clark.

On Monday, Clark explained on Get Up why Ruggs is overrated to him. 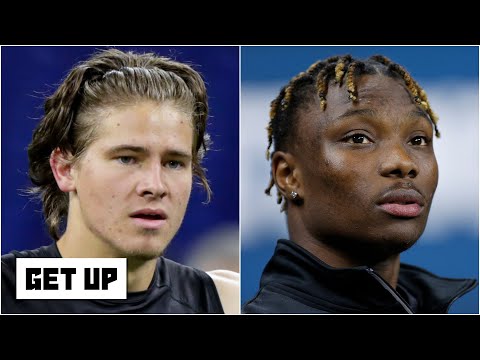 “I hate to use the word overrated for any of these young men, but I do believe Henry Ruggs — because of the blazing 40 — has gotten bumped up with the likes of Jeudy, Ceedee Lamb and Justin Jefferson, and I don’t believe he is that type of receiver,” Clark said. “He is not a guy that runs every route on the route tree. He will get down the field. He’ll be able to take the top off the coverage, but I believe if you get him too early… you don’t get that total No. 1 receiver you will be looking for at that pick.”

Clark, a former defensive back at Louisiana State University, played 13 years (2002-14) in the league with the New York Giants, Washington Redskins (twice) and Pittsburgh Steelers.

Regardless of Ruggs being known for his speed — 4.27 seconds in 40-yard dash — it takes more than that to record 24 touchdown catches in a career. He ran great routes versus LSU in 2019 and though he did not get the ball at times, he frustrated Kristian Fulton – who is regarded as one of the top cornerbacks in the draft.

Greg Cosell, who has been the senior producer of NFL Films for 41 years, said Ruggs has not received enough credit for his route running.

He compared him to Pro Football Hall of Famer, Isaac Bruce.

He played two years of high school football and got better each year at Alabama, so we will see how things shape out with Ruggs.

He draws a lot of comparisons to Tyreek Hill of the Kansas City Chiefs and while he has elite speed, he’s viewed as one of the best in the NFL.

Hill won the Super Bowl last year with the Chiefs. Ruggs will definitely have his chance to prove Clark wrong.