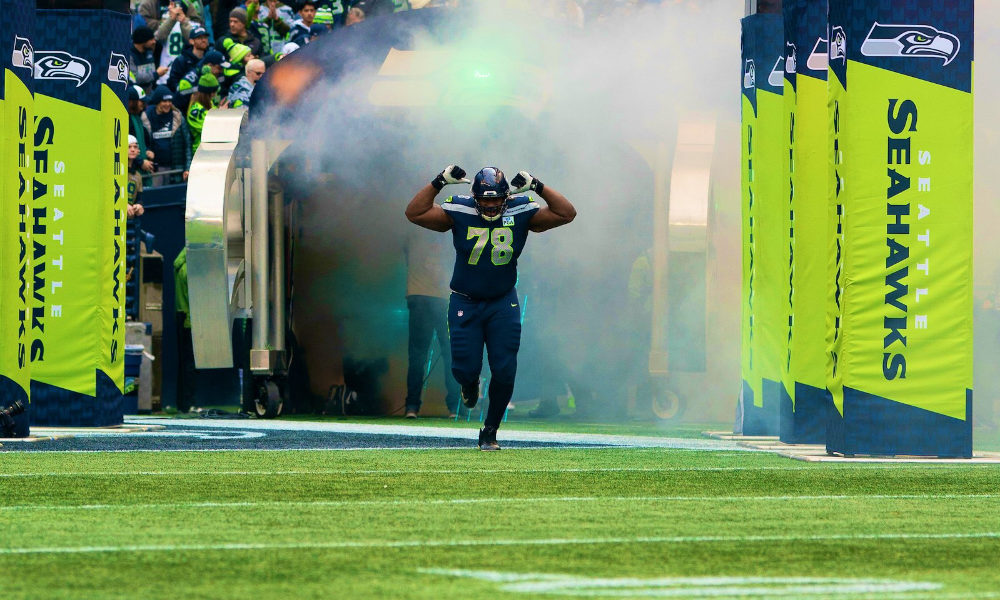 After getting released by the Seattle Seahawks on Sunday, it did not take long for D.J. Fluker to find his next job.

According to NFL Network’s Ian Rapoport, Fluker has a deal in place to become a member of the Baltimore Ravens. The deal is still pending a physical.

The #Ravens beefed up their O-line with some veteran experience, agreeing to terms with former #Seahawks OL DJ Fluker, source said. The deal is pending the physical for the one-time first-round pick.

Fluker had spent the past two seasons with the Seahawks where he started all 14 games he appeared in for Pete Carrol’s team.

He will also be along the same line as another former member of the Crimson Tide in Bradley Bozeman.

Signing Fluker seems like a no brainer for the Ravens as they look to replace one of the best offensive lineman in franchise history Marshall Yanda who retired following last season.