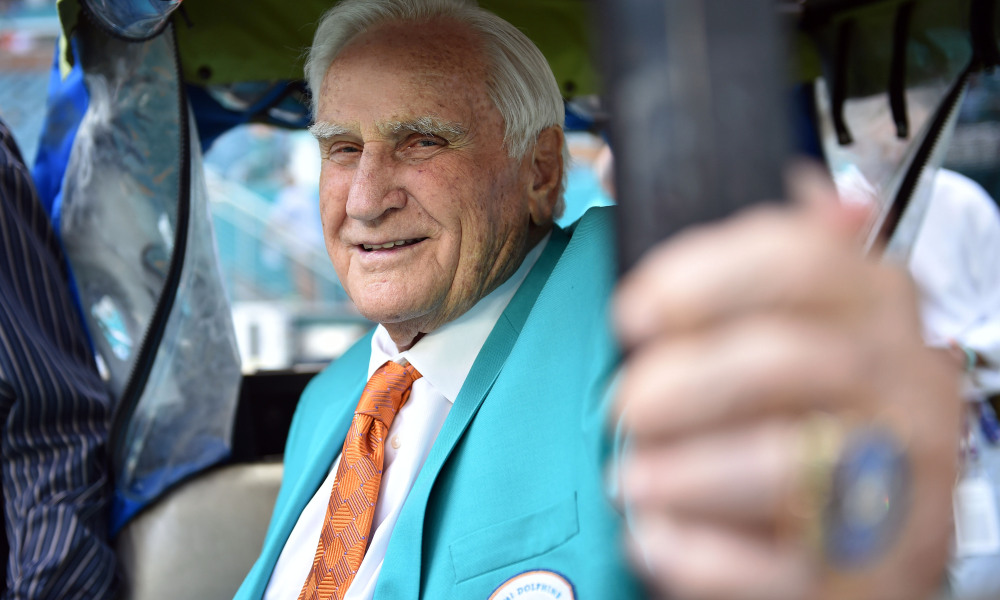 Don Shula, the winningest coach in the history of the NFL and the only coach to lead a team to a perfect 17-0 season, passed away on Monday.

According to the Miami Dolphin’s statement, Shula died “peacefully at his home.” He was 90.

The Miami Dolphins are saddened to announce that Head Coach Don Shula passed away peacefully at his home this morning. pic.twitter.com/MKAtXFA4zd

Shula was the father to former Alabama head coach Mike Shula, who is currently the quarterbacks coach for the Denver Broncos.

Former UA athletic director Mal Moore had once stated that the family name was instrumental in hiring Mike as the team’s head coach over Sylvester Croom.

After beginning his career with the Baltimore Colts, Shula was the head coach of the Dolphins from 1970-1995 where he won a grand total of 328 games and has a career winning percentage of 67.7.

Within his 33 years of being a head coach, Shula appeared in five Super Bowls with the Dolphins where he won two which included his perfect season in 1972. Shula also won an NFL Championship with Baltimore in 1968.

In 1997 Shula was inducted into the Pro Football Hall of Fame. He is one of two NFL coaches to win over 300 games, the other being George Halas.

“Don Shula will always be remembered as one of the greatest coaches and contributors in the history of our game. He made an extraordinarily positive impact on so many lives,” NFL commissioner Roger Goodell said in a statement.

“The winningest coach in NFL history and the only one to lead a team to a perfect season, Coach Shula lived an unparalleled football life. As a player, Hall of Fame coach, and long-time member and co-chair of the NFL Competition Committee, he was a remarkable teacher and mentor who for decades inspired excellence and exemplified integrity.”

Shula is survived by his two sons Mike and Dave, his daughters Donna, Sharon and Annie along with his wife Mary Anne.