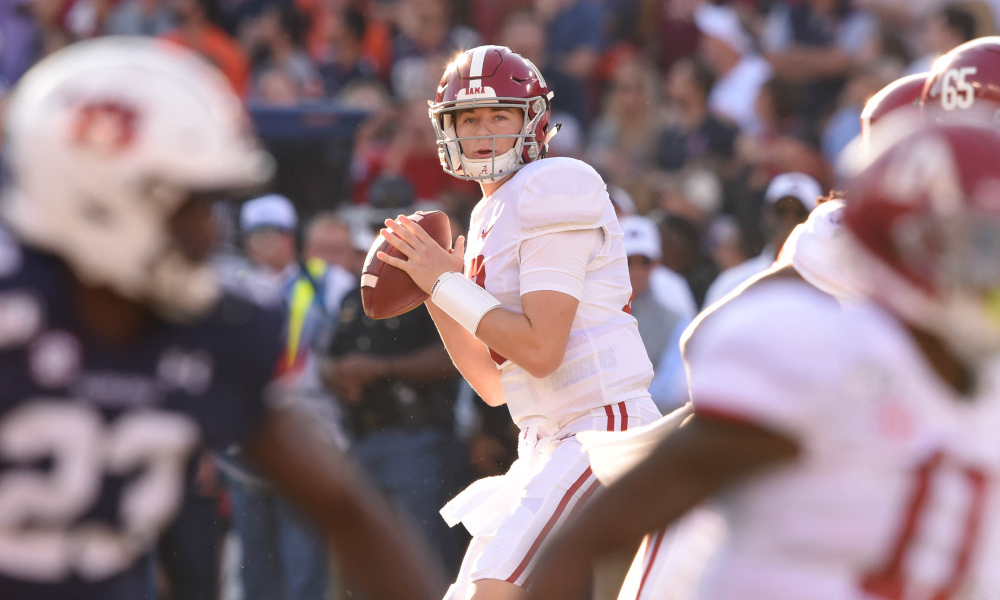 If there has been one thing that’s been made abundantly clear this past week, it’s that Alabama and the SEC is preparing to have a college football season this fall.

With the announcements from UA President Stuart Bell about welcoming students back to campus and preparing the football team for practice, team evaluations can begin once again.

And on Saturday, the SEC Network released one of its own evaluations on the conference by releasing the projected win totals for each team in the regular season.

Who's too high?
Who's too low?

At the top of the list comes Alabama with a projected win total of 10.9 games, or for those who like to deal with whole numbers 11 wins.

Sticking to the subject of numbers, 11 wins would mean that the Crimson Tide are predicted to lose a game along the way to the top of the SEC West.

But where could that loss be?

Well, when taking a closer look at the schedule there are a couple possible matchups that may end poorly for Nick Saban.

The biggest obstacle the Crimson Tide will face in the regular season will come sooner then usual as Georgia will be making it’s way to Bryant-Denny Stadium during Week 3.

A matchup that usually takes place in a championship setting, the Bulldogs will try and get back at Alabama for the past two meetings between the pair. Both have ended in heart breaking defeats at the hands of Alabama’s backup quarterbacks which will have Kirby Smart rightfully circling this game on the schedule.

Despite losing some key pieces to the NFL, Smart is bringing in yet another impressive class of recruits who will have the best chance to matchup talent wise with Saban’s group.

If the loss doesn’t come against Georgia, then the next most likely spot may be in Death Valley against LSU on Nov. 7.

Just like Georgia, LSU has lost a ton of its national championship team from a year ago which include Heisman Trophy winner Joe Burrow, wide receiver Justin Jefferson, running back Clyde Edwards Heliare, linebacker Patrick Queen and safety Grant Delpit to just name a few.

But knowing the Tigers they will always have talent on the roster and head coach Ed Orgeron has experience dealing with a talented Alabama team on the road. Now he’ll have a shot at taking them down twice in a row for the first time since 2010-2011.

Lastly, much like every season the Iron Bowl is almost always a toss up game especially when Auburn has consistency at quarterback. And they will have it this season as sophomore Bo Nix enters his second full season as the starting quarterback for the team.

Despite struggling mightily at times, Nix was able to scrap out a few big wins against Oregon at the beginning of the year and Alabama to end it.

Alabama will be hosting the Tigers in 2020 where they have not dropped a game to them since 2010 but with a majority of the defense returning which struggled keeping Gus Malzahn’s offense in check, it would not be outlandish to believe similar struggles to occur.