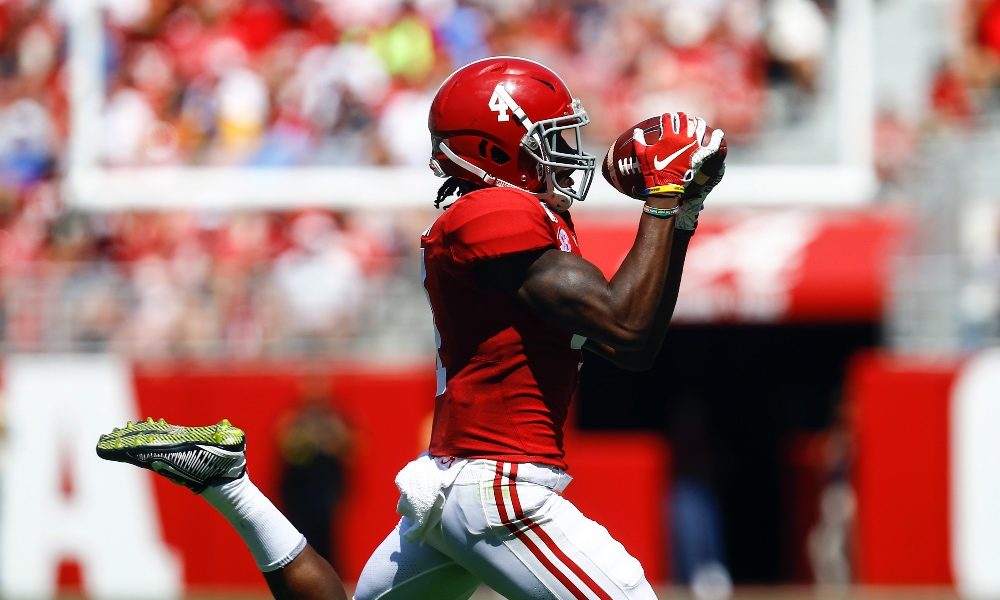 He is perfectly fine with being a Denver Bronco; however, Jerry Jeudy does have questions about housing in his new area.

The former Alabama wide receiver and 2018 Fred Biletnikoff Award winner was selected at No. 15 overall in the NFL Draft. Along with him, the Broncos drafted the speedy K.J. Hamler out of Penn State University as its second-round selection.

According to Jeff Hower, an executive sports producer/photojournalist for ABC in Denver, he captured a funny moment of the two talented receivers discussing the idea of cabin life with the Broncos.

Both Jeudy and Hamler have never been to Denver, Colo.

Jeudy was born and raised in South Florida and while Hamler was born in Michigan, he moved to Florida to play his final high school season at IMG Academy. The duo has two options for living arrangements: an apartment or a cabin.

Hamler is fine with being adventurous with the cabin, but Jeudy is not down with it.

Jeudy and Hamler talking about what they’ve heard about Denver is classic. #BroncosCountry pic.twitter.com/n4PUw1GDwG

“I ain’t living in no cabin,” Jeudy said. “They are probably nice, but I’m from Florida and we don’t have cabins down here.”

Hamler tries to persuade him, in stating how the cabins are nice and he painted a cool picture with the mountains and people skiing, but then he brought up the wildlife.

“They say Bears be walking into the crib and everything,” Hamler said.

Immediately, Jeudy vetoes the idea of him in a cabin and the two shared a laugh.

RELATED: Don Shula, NFL legend and father of Mike Shula, passes away at 90

Both guys will share the playbook with Courtland Sutton and Drew Lock and have big intentions of the Broncos making the playoffs this season. Hopefully, they can find a nice apartment or a house because Jeudy is already spooked out by the cabin.