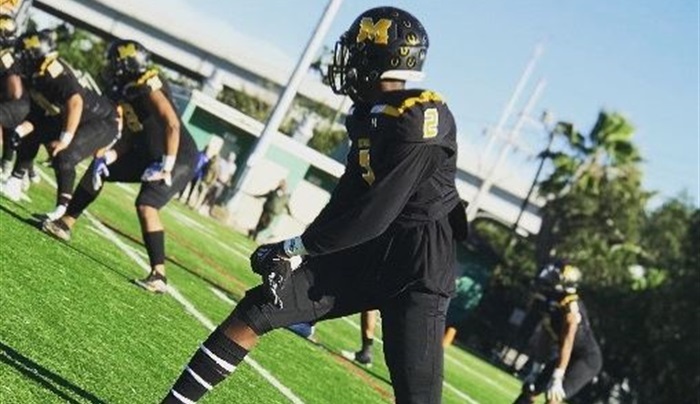 Pete Golding, Alabama’s defensive coordinator, is working hard on the recruiting trail as he leads the charge for Alabama in the state of Louisiana.

Johnson has continued to pull in offers over the last four months despite not playing a single snap as a sophomore after transferring from McMain High School to Isidore Newman. Georgia, Miami and Florida State are the other schools, who have offered him in this time span. Johnson said he was shocked to hear he had received an offer from Alabama.

“My head coach informed me that I had a big offer,” Johnson said. “I did not realize, who it was from until he sent me the number. I got on the phone with Pete Golding and he told me I had an offer. I was shocked. I had not played a year, which was hard for me, Just getting an offer from Alabama was shocking.”

Alabama football had caught the attention of Johnson at a very early age towards the beginning of the Nick Saban era. One of the Tide’s best wide receiver under Nick Saban is one of the players Johnson has always looked up to.

An impressive freshman season has Johnson garnering attention even after sitting out a year. At McMain High School, he made a name for himself as a wide receiver, who could do a little bit of everything. His nice vertical made him a weapon in the red zone and his ability to make moves in the open field allowed him to be dangerous in the short passing game.

Johnson is focused on having a great comeback season as he stays focused on getting better.

“My main focus has been staying in shape,” Johnson said. “I also want to make sure I improve my strength, so I can play at a high level.”

It is unclear when Alabama will be able to host any recruits, so most recruits are waiting to see when they are allowed on campus again. Johnson is in this group as he joins the list of 2022 recruits, who Alabama has offered recently

Alabama is the ‘right situation’ for 4-Star S, Kaine Williams
Saban sends Alabama players emotional clip of MJ from ‘The Last Dance’
To Top
%d bloggers like this: