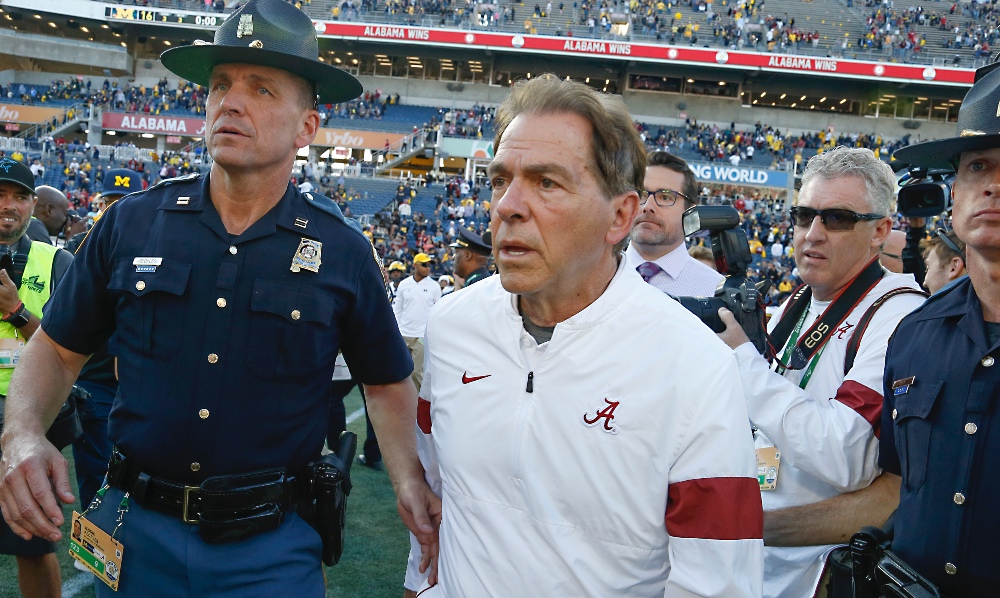 Alabama continues to work ahead into the future with its upcoming matchups.

On Thursday the Crimson Tide announced that it has scheduled a home and home series with the Arizona Wildcats during the 2032 and 2033 seasons.

“We are excited to announce another home-and-home for our future football schedules with the addition of Arizona for the 2032 and 2033 seasons,” said Alabama Director of Athletics Greg Byrne. “These meetings will be the first between the Crimson Tide and Wildcats, providing our teams and our fan bases exciting new opportunities during the regular season. As I said early on, we are going to work hard at adding more home-and-homes to our non-conference schedules, and we are pleased that we’ve been able to do that, securing nine of them thus far that will begin in 2022 with Texas.”

The first matchup between the universities will have Arizona travel to Tuscaloosa on Sept. 4 with Alabama returning the trip to Tuscon on Sept 3.

“The addition of Arizona is another example of the commitment our administration has to creating outstanding schedules for many years to come,” Alabama head coach Nick Saban said. “Arizona is a tremendous football program and the opportunity to play this type of competition only makes our program stronger while providing a lot of excitement for both fan bases.”

Executive Director of Senior Bowl said DeVonta Smith was the ‘most complete’ WR for Alabama in 2019
Pete Golding will guide Alabama’s defense to a CFP Championship this season
To Top
%d bloggers like this: