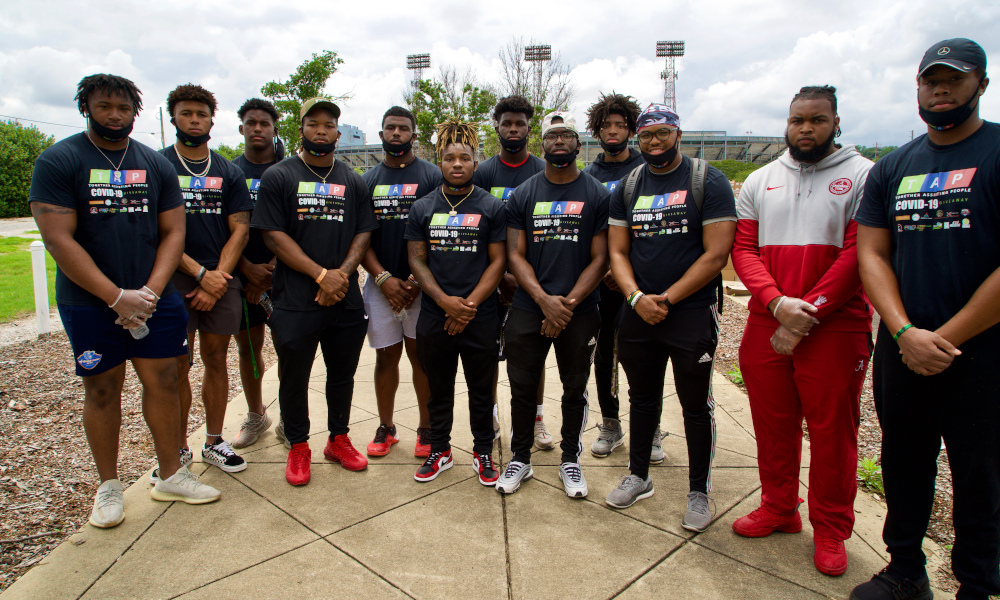 Although he is a native Floridian, citizens of Birmingham (Ala.) have thoroughly embraced him as their son. His slogan, “Pay it Forward,” is more than just words. It is an action that was birthed out of him in 2010.

Since the start of Together Assisting People or TAP, Chris Rogers has been tirelessly helping the youth, collegiate athletes and professional athletes accomplish their dreams in athletics and outside of sports. He has guided young men and women into desiring the best for themselves, in terms of excelling in school, restoring hope to communities, and seeing the blessings that come with sacrifice.

Rogers carries the same impact on everyone that has come through the TAP program and on Wednesday, he encountered a special moment.

Whether it claimed lives or brought a deadly pandemic that nobody saw coming, the year entered and provided many trials. Even with businesses starting to reopen in Alabama, cases of the coronavirus are steadily rising. We now live in a time where people have no jobs and are depending on unemployment and stimulus checks to push through.

RELATED: Quinnen Williams ditches the Oreos in preparation for a breakout season

Legion Field has served as the venue for many things – including the 1992 Southeastern Conference Championship Game – however, Rogers and his team used it for a much greater purpose. While wearing protective masks in the street, TAP gave away 10,000 boxes of food. 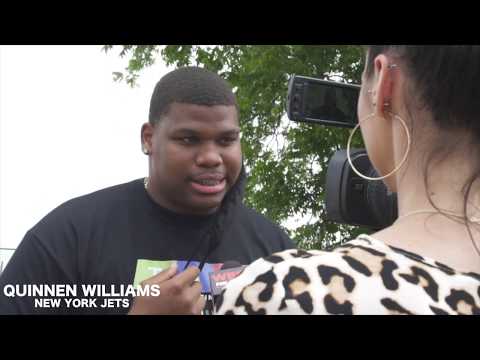 According to a press release, the giveback was the largest the city has seen during the global pandemic.

In following the CDC guidelines, the drive-through operation of TAP fed 10,000 families as 200,000 pounds of food was distributed.

To remember the impact his head coach had on him at Alabama, Rogers stated on how Nick Saban is very proud with how his former players have continue bridging the gap in helping the young and old in the community.

Photo of Chris Rogers, founder of TAP Inc., doing a press conference before the giveaway on Wednesday. Photo comes from WBRC Fox 6 News

“Coach Saban always reminded us that, ‘people will not remember you for scoring touchdowns, but how you made them feel.’ I know that he is proud of the impact we continue to have today, off the field,” Rogers said via press release.

“We are constantly looking for ways to give back and we will continue working towards advocating for and supporting our community. We are sensitive to these times; where jobs are being lost and many people are having to apply for unemployment and other assistance and we also understand there is a gap that needs to be filled when that assistance runs out.”

People from Birmingham and surrounding areas were catered to for five hours (1-6 p.m.) as everyone in the program was focused on meeting a need. The two biggest collegiate programs in the state — the University of Alabama and Auburn University – are known for the Iron Bowl rivalry, but no bad blood was a part of this coming together. Eleven former players from both schools combined such as Quinnen Williams, Andre Smith, Cassanova McKinzy, Eryk Anders, Marquis Maze, Tyrone King, Wesley Britt, Antonio Langham, Justin Woodall, Bobby Humphrey and Scott Deaton all pitched in.

Of course, a little friction had to come in and test their motive. Despite thunder, lightning and puddles of rain, no one left Legion Field.

All of the middle school, high school, college and professional athletes in the program remained supplying vehicles with food. In giving it all away, seven colleges were highly represented and Rogers said it was one of the most ‘surreal’ moment of his life.

“I am getting goosebumps just talking about it,” Rogers said to yours truly of Touchdown Alabama Magazine in an interview. “Seeing everyone from the middle schoolers, high school athletes, college guys and our pro athletes focused on the community was really special.”

Rogers said the moment that made him smile the most was the perseverance of TAP in the rain.

“That part was so dope, because the middle school, high school and collegiate guys could have gone home,” he said. “They all stayed and everyone kept giving. What was so cool about it was we treated the moment like a football game. We were like ‘man, this is football weather. Let’s go.’”

Not only were the residents appreciative, but they were also allowed to get more food for other family members and friends that did not make the drive. Along with TAP, Leonard Stephens of Step-By-Step Performance Training and Kevin Brown of Xtreme Fitness and Performance joined Rogers.

The three made it a priority as the positive forces of Birmingham demonstrated what true mentorship means in the community.

On behalf of Step By Step, I want to send a major Thank You to Chris Rogers @TAPINC_ for allowing us to partner with you, to bless families, at Legion Field today! My Family of Athletes loved every second of it #GivingBack @the205mike pic.twitter.com/FIGeqk73QX

“When Chris told me he was doing this, I was down to help,” Stephens said. “I told him that whatever he needed from me and my guys, we are prepared.”

Rogers said one of the biggest goals of TAP is getting young athletes to be engaged and involved in the community, but Stephens harped on the best moment he saw came from the pro athletes.

“Usually, those guys are ready for the cameras, interviews and pictures,” Stephens said. “However, that was not the case on Wednesday. I saw guys that talked for a moment, but then told reporters that they were here to serve the people.”

Community partners that made a huge contribution with TAP

-All in One Training Academy

As an athlete for the Crimson Tide, Rogers bonded with his teammates, pulled the best traits out of them and helped the school capture its first BCS National Championship under Nick Saban in 2009. He has encouraged his former teammates to open businesses, give back to their communities and set up plans for life after football.

He’s been a guiding force for all people in Birmingham, and Wednesday provided another chapter of what he means to the “Magic City.”