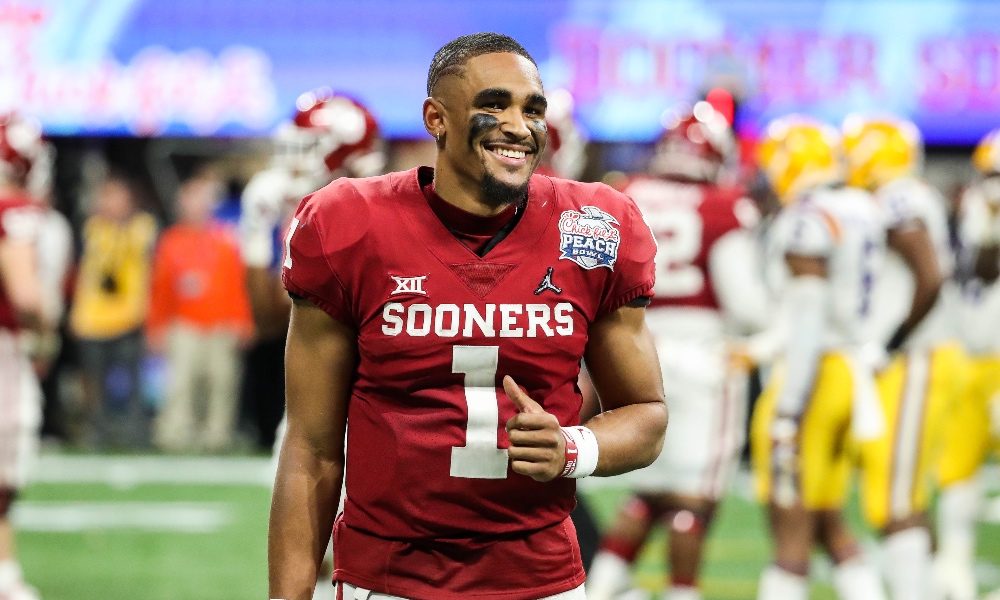 The blessings keep coming to him.

He showed that he could create success away from Alabama, as he helped Oklahoma capture a Big 12 Championship and a spot in the College Football Playoff. Jalen Hurts, a native of Channelview, Texas, posted huge numbers last season and was awarded first-team All- Big 12, Big 12 Newcomer of the Year and earned the status of a Heisman finalist. He compiled 5,174 total yards offensively with 53 touchdowns – including 32 passing scores – on the campaign.

After a tremendous final year of collegiate athletics, he dominated the NFL Scouting Combine and his pro day.

These performances led to Hurts getting selected at No. 53 overall in the NFL Draft to the Philadelphia Eagles. Before he gears up for life as a professional, there is one final award for him.

According to soonersports.com, Hurts was named Big 12 Male Athlete of the Year.

He was a great ambassador for Alabama and Oklahoma.