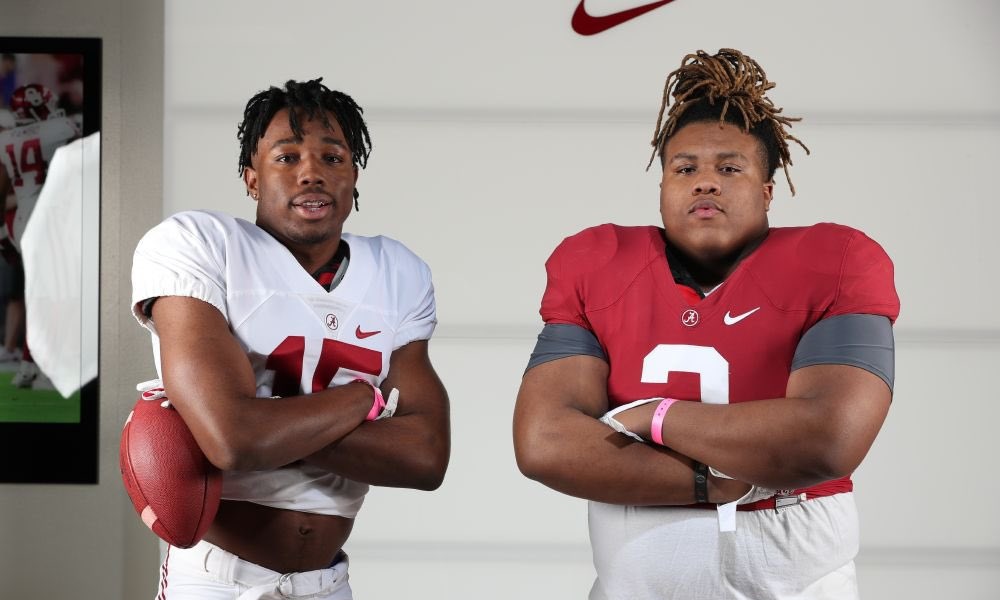 The Ramsey High School (AL) duo of Tim Keenan III and Jeremiah Williams is one many program will like to bring in doing the 2021 recruiting cycle.

Williams, a 4-Star outside linebacker, released his top six recently and included Alabama along with Florida, Georgia, LSU, Auburn and Oklahoma. Keenan currently has his top schools’ list cut down to a top 15, which includes Alabama and schools from the SEC, ACC, Big 10 and Conference USA. With similar schools going after them, it is a possibility they may end up at the same school, but want to make their decisions independent of one another.

“We talk about, but we are keeping it a secret from another,” Keenan said on “The Process” Thursday.  “We are going to surprise one another. If we go to the same school, it will kind of be like a cheat code.”

Alabama last hosted Williams and Keenan for its Junior Day event in February, which was one day after the Tide offered Williams. Williams has not released a commitment date, but Keenan currently plans to stick to his original plan of announcing his decision on National Signing Day.