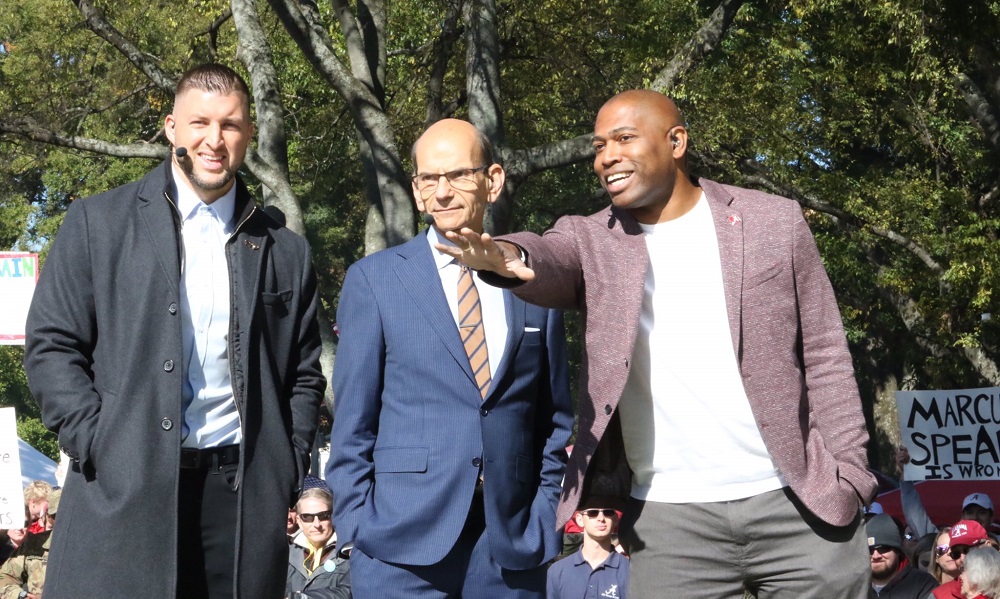 The Tide’s newest commit and 4-Star defensive back, Devonta Smith, has a special connection with Alabama football and it is not because he has the same name as star Tide wide receiver, Devonta Smith.

RELATED: DEVONTA SMITH BREAKS DOWN DECISION TO COMMIT TO ALABAMA

It is because Smith is the cousin of former Alabama and NFL running back, Shaun Alexander. Alexander played at Alabama from 1996 to1999. He finished his Alabama career with more than 3,000 rushing yards before getting drafted by Seattle Seahawks in the first round of the 2000 NFL Draft.

Alexander went to Twitter to share his support for his cousin choosing to roll with the Tide Monday by tweeting, “BAMA world welcome my cousin to A.L.A.B.A.M.A.

Smith responded to Alexander’s support by tweeting, “Nothing feels better than continuing our family’s name, I won’t upset.”

Nothing feels better than continuing our family’s name I won’t upset ??‼️ https://t.co/ltyu2f4cfW