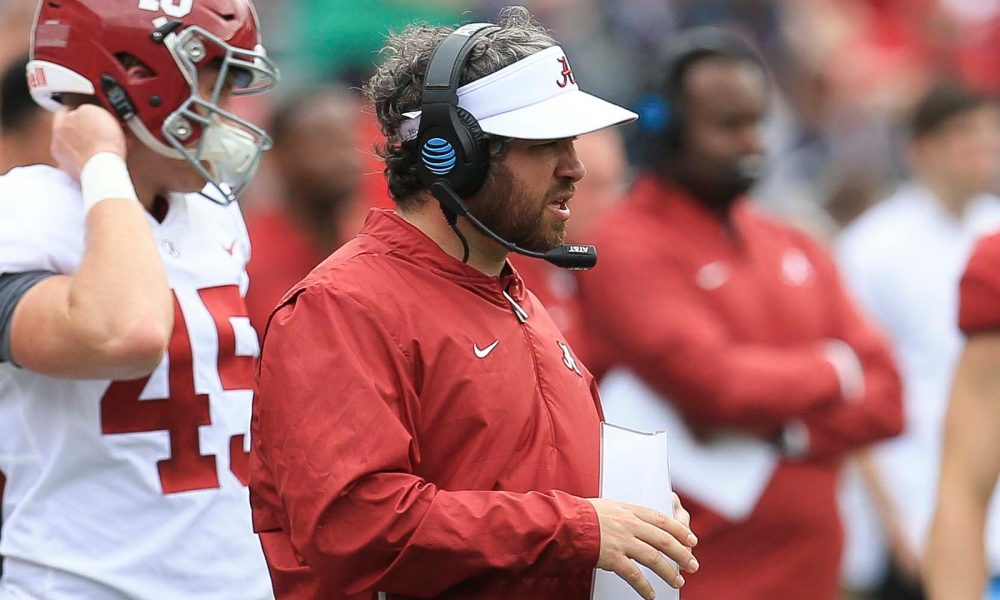 It was a while ago when Alabama had just one verbal commitment for its 2021 recruiting class, and fans of the program were panicking.

Since then, the Tide has caught fire in getting eight more names – including a pair of five-stars in JC Latham (offensive line) and Agiye Hall (receiver).

The latest name committed on Monday in four-star defensive back, Devonta Smith from Ohio.

Not to be confused with receiver DeVonta Smith (Smitty), the talented cornerback gives Alabama its ninth commitment for the class. He recently de-committed from Ohio State and decided to say “Yes” to Nick Saban.

As he enters his third year with the team and second as primary defensive play caller, Pete Golding feels a strong wave coming this week.

Dallas Turner, a 4-Star outside linebacker, is the only Tide target with a commitment date set at the moment.

Be sure to follow Justin Smith, the lead scouting/recruiting analyst for Touchdown Alabama Magazine, for all updates in recruiting.