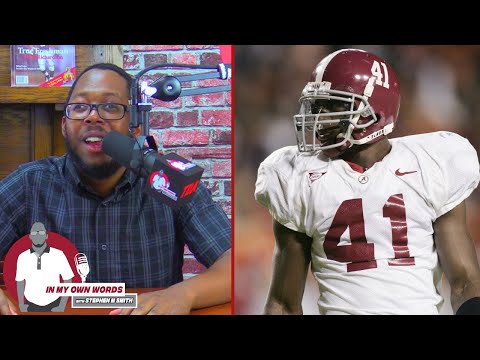 Nothing challenges Alabama football quite like someone that played for the program.

On Friday of last week, former Crimson Tide safety Roman Harper was featured on In My Own Words with yours truly of Touchdown Alabama Magazine. A native of Prattville, Ala., Harper attended the University of Alabama from 2002-05 and played three seasons in the secondary.

He was a force on the Tide’s 2005 defense and finished his career being sixth all-time in school history for total tackles (307). Harper did not win a Southeastern Conference title or a national championship; however, he set the building blocks in motion for what came with Nick Saban.

After a successful 11-year career in the National Football League, Harper is a Super Bowl champion with the New Orleans Saints, two-time Pro Bowl selection and will go into the Saints’ Hall of Fame. As much as he enjoyed the NFL, Harper truly loves his Alma mater – especially on defense. He was not pleased with what he saw last season and he challenged the team to be tougher.

“That defense last year was not tough, they didn’t stop anyone on 3rd down and teams did what they wanted.” – Former Tide safety @Harp41 on Alabama in 2019

To see the full video, click on the link below:https://t.co/WlIp1nbjcK pic.twitter.com/Sj1b561b0e

“Someone has to go out there and hit somebody,” Harper said. “The defense last year was not tough, they did not stop anybody on third down, and teams did what they wanted. I know you still had some early draft picks, but that defense was not good. Until Alabama’s defense plays better consistently, they are not going to stop teams. They need to be able to get stops on third down and find someone that can rush the passer. Alabama needs to continue to grow defensively.”

Much like former Tide players Matt Caddell and Chris Rogers, Harper also challenged junior defensive back Patrick Surtain II. He said it is time for the native Floridian and five-star to put everything together and show he’s the best cornerback in the nation.

RELATED: VIDEO: Alabama’s Najee Harris pushing to be the ‘fastest’ RB in college football this year

Harper did not hold anything back, as he expects more from the Tide this season.