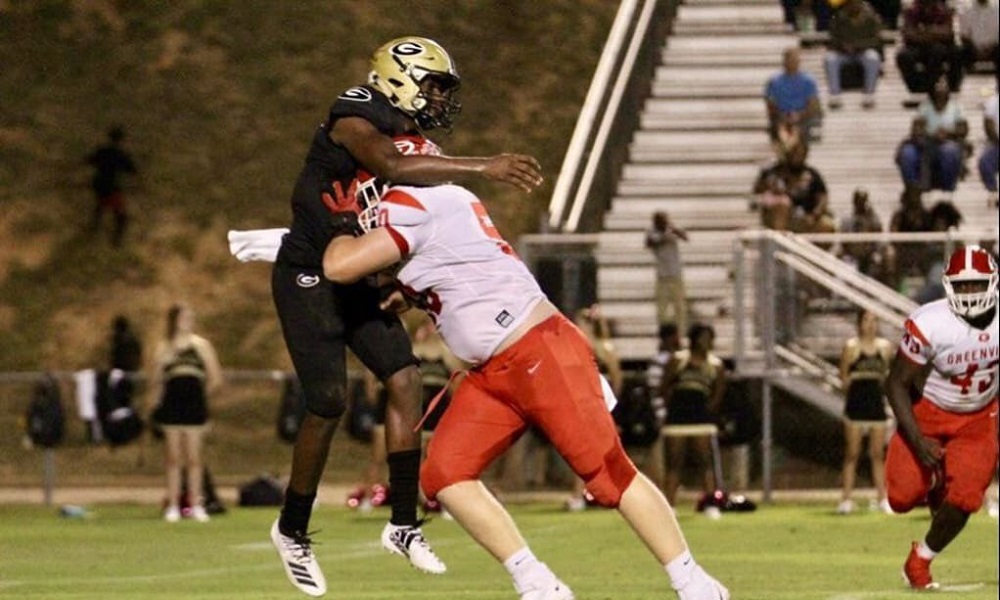 4-Star offensive lineman, Collin Sadler, reported an Alabama offer Wednesday. Alabama became the 26th Division 1 program to offer the 2022 Under Armour All-America game commit. Sadler said he feels receiving an Alabama offer is huge, but hearing about it from Saban made the moment even bigger.

“I was in shock,” Sadler said. “It was incredible, especially coming from coach Saban. The first thing that comes to mind is the word dynasty when you think of Alabama football. It is nothing short of incredible what the staff have accomplished over there, starting with Bear Bryant all the way to the present”

Saban is known for his passionate coaching style, which is on display every Saturday doing the college football season. However, Sadler witnessed another side of the six-time National Championship winning coach doing their conversation.

“The thing that really stood out is just how different he is from his on-field persona,” Sadler added. “He sounded like a chill, even-keeled guy.”

The Greenville, South Carolina product currently stands at 6-5 and weighs 295 pounds. As a junior, he showed his ability to perform several different blocking assignments as a tackle. Sadler also displayed his aggressiveness, which is something Saban told him he likes about his game.

“He said they really liked my finish and my ability to bend,” Sadler said.

The Crimson Tide have offered several offensive linemen in the 2022 recruiting class as they look to establish their recruiting board for the next recruiting cycle.