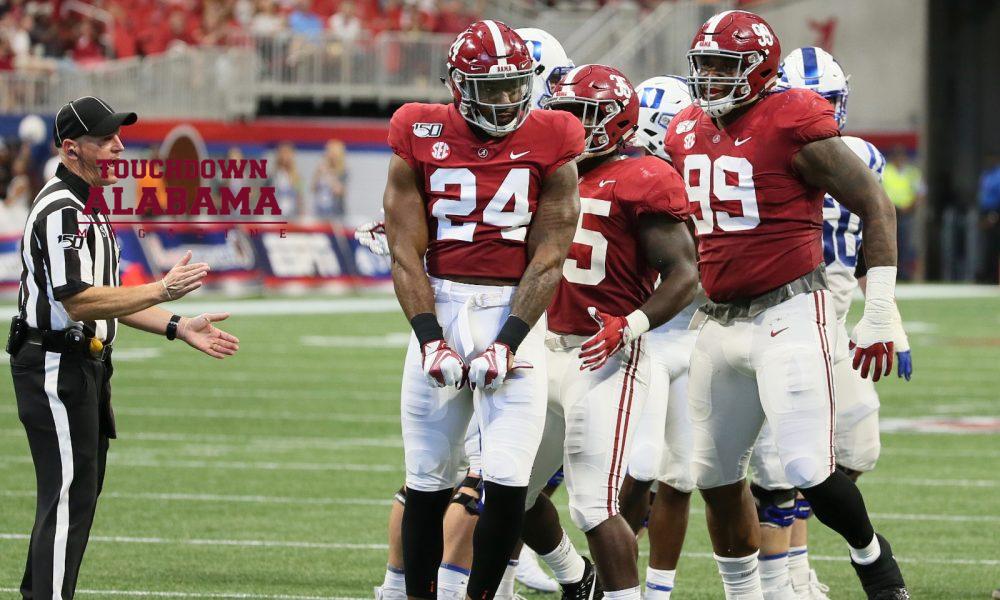 Former Alabama outside linebacker Terrell Lewis has finally come to an agreement on his rookie deal with the Los Angeles Rams.

All Praise To Yahweh???? I’m truly blessed to be a part of a great organization like the @RamsNFL and I can’t wait to get to work! pic.twitter.com/ANmRmPvyOp

The deal was announced on Monday as Lewis was one of nine Rams rookies to sign their contracts as training camps begin across the league.

Although the specifics of the deal are yet to be cited, Lewis will be looked upon to fill a key role in the Rams defense after losing linebacker Dante Fowler Jr. to the Atlanta Falcons.

The Rams selected Lewis with the 84th overall pick following an injury riddled career with Alabama where he recorded 58 total tackles, 14.5 tackles for loss, eight sacks, three pass breakups and one fumble recovery in three seasons with the Crimson Tide.

Lewis will also be in front of the cameras in the coming weeks as the Rams will be under HBO’s “Hard Knocks” spotlight once again as they share the series with the Los Angeles Chargers.