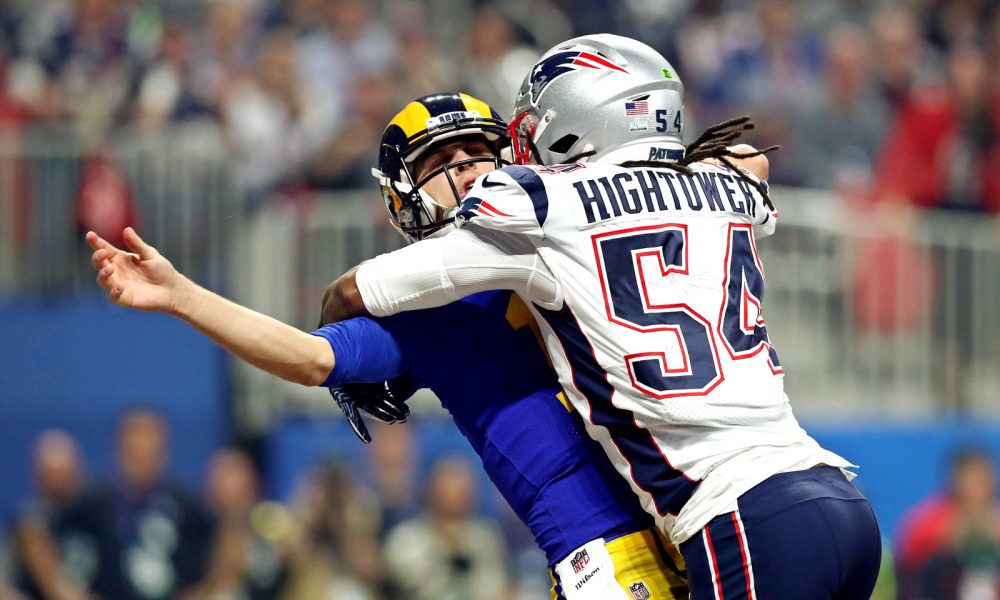 The New England Patriots will look very different on defense this season.

After losing both Jamie Collins and Kyle Van Noy at the linebacker position to free agency, the captain of Bill Belichick’s unit has decided to opt out of the 2020 campaign due to Coronavirus concerns. Dont’a Hightower, a former first-round selection in the 2012 NFL Draft, will not play this year — according to reports from ESPN’s Adam Schefter and Mike Reiss.

Hightower is scheduled to make $8 million in base salary. He had a baby July 16.

Hightower becomes the third former University of Alabama standout, joining Chance Warmack (Seahawks) and Andre Smith (Ravens), to opt out for the coming fall. Per Reiss, the league and NFL Players Association approved an agreement that states players can earn $350,000 and an accrued NFL season if they are considered high risk for the virus and chose to opt out.

For those who are not considered a high risk, they can earn $150,000 for opting out.

Hightower, 30, recently became a first-time father on July 16 and he’s raising money for the American Diabetes Association in honor of his mother. His mom, L’Tanya, was diagnosed with Type 2 diabetes. He is a three-time Super Bowl champion, two-time NFL Pro Bowl selection (2016, 2019) and is on the Patriots’ 2010s All-Decade Team. In 102 career games (99 starts), Hightower has compiled 505 tackles, 25.5 sacks, 17 pass breakups, one interception, two forced fumbles, five fumble recoveries and two touchdowns.

According to Ian Rapoport of NFL Network, Hightower further explained why opting out is the right move.

A message from #Patriots LB Dont’a Hightower, one of the highest profile players opting out amid the Coronavirus: “Me and my fiancée are just more concerned with the health of our family than football — especially the new addition to our family.”

Hightower has a 2-week-old son.

He was a dominant linebacker for the Crimson Tide from 2008-11.

This was the final year of Hightower’s contract for the Patriots and per Reiss, he was set to make a base salary of $8 million.