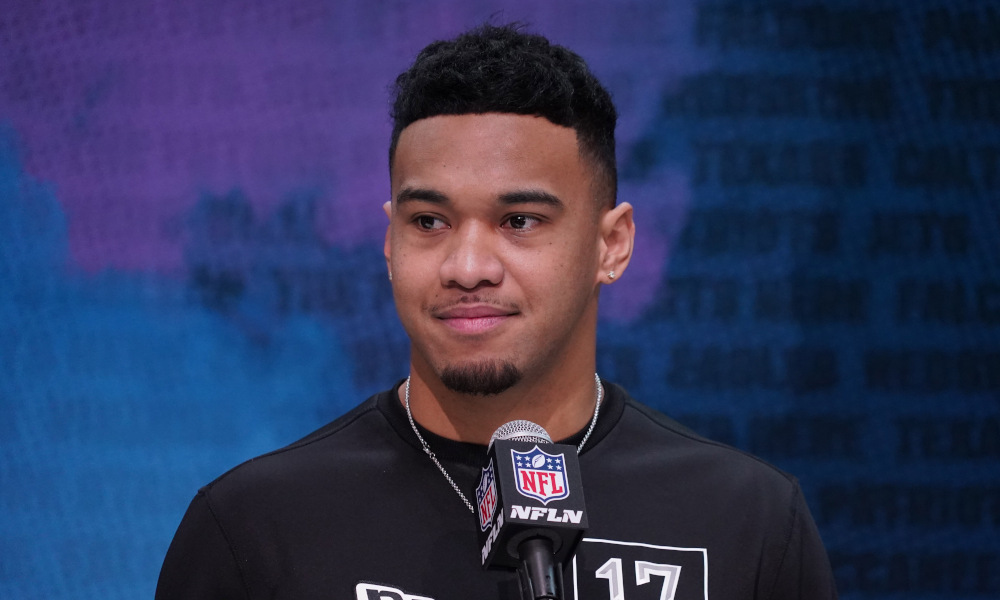 He will enter year No. 16 at quarterback in the National Football League this fall, but Ryan Fitzpatrick knows that his days as the starter for the Miami Dolphins are numbered.

After totaling 3,529 passing yards with 20 touchdowns to 13 interceptions in 2019, the 37-year-old saw the franchise take Tua Tagovailoa of Alabama at No. 5 overall during the NFL Draft.

A native Hawaiian, Tagovailoa was nothing short of sensational in three years with the Crimson Tide.

He won a Southeastern Conference title, a College Football Playoff National Championship and a host of individual accolades, while becoming the school’s all-time leader for touchdown passes (87) and total scores (96).

The 6-foot, 217-pounder was cleared by the franchise for training camp and despite sustaining a hip injury versus Mississippi State in 2019, Tagovailoa will not be placed on the PUP (physical unable to perform) list.

Should the Dolphins need him, head coach Brian Flores will play him.

Fitzpatrick understands the nature of the business and according to a report from Joe Schad of the Palm Beach Post, he is prepared to be Tagovailoa’s ‘biggest cheerleader’ when he officially takes over.

Ryan Fitzpatrick: I know I am the placeholder for Tua Tagovailoa. I will be his biggest cheerleader when he gets in. #miamidolphins

Will Manso, a Sports Director for WPLG Local 10 News in Miami, Fla., spoke to Fitzpatrick on his mindset in working with Tagovailoa.

The right attitude from Dolphins QB Ryan Fitzpatrick on working with Tua Tagovailoa. Says, “I know that I am the placeholder.” He adds that when Tua does play he will be his biggest cheerleader. pic.twitter.com/7QbEgnUMEx

“I don’t know how much time it will be before Tua is in the lineup,” Fitzpatrick said. “I know that I am the placeholder and we have already had that conversation. I told him that I’m going to do the best I can to lead this team and win football games, when I am out there. Whenever it is that Tua gets his chance, I am going to be his biggest cheerleader.”

Fitzpatrick was selected in the seventh round of the 2005 draft from Harvard.

As he enters his second year with the Dolphins, Fitzpatrick is taking the right approach. He will teach Tagovailoa some things, but he knows the Dolphins drafted the rookie with some special in mind.