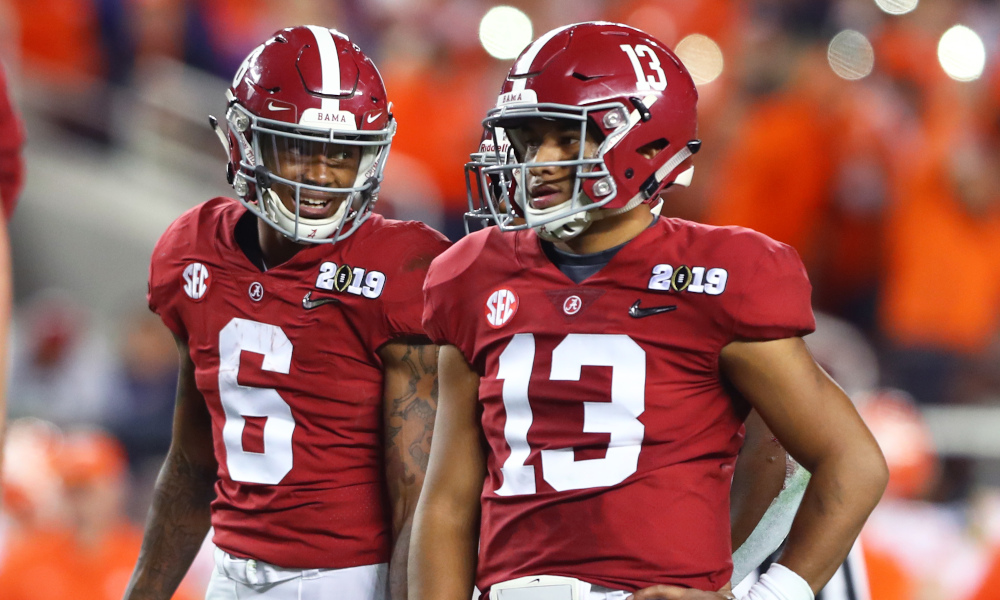 This is a semester that students in the 2019-20 academic year at the University of Alabama will remember; however, it ends on a positive note.

According to a press release from the Alabama Athletics Communications department, more than 150 student-athletes will march with their degrees this weekend.

Two of the names, Tua Tagovailoa and Devonta Smith, are etched in Crimson Tide football history.

Tagovailoa and Smith gave students, fans, college football and the school itself something it always wanted: a magical finish to a national championship season.

The two collaborated on a play versus the Georgia Bulldogs at Mercedes-Benz Stadium in Atlanta (Ga.) that’s become simply known as “2nd and 26.” After it made a field goal in overtime, Georgia thought it had the game sealed up and Kirby Smart felt as though he had won his first national title.

However, Tagovailoa — a freshman then — still had one final trick up his sleeve.

He took a bad sack, but would follow it up with a 41-yard rainbow to Smith for a touchdown and Nick Saban went wild.

Commentators could not believe it, Georgia fans were stunned, Tide fans were in tears, players ran everywhere and two true freshmen became legends on Jan. 8, 2018. The Tide earned a 26-23 victory in the College Football Playoff National Championship Game. Even though he is now a member of the Miami Dolphins, both Tagovailoa and Smith will have their bachelor’s degree on Saturday. Bo Scarbrough, former Tide running back and current Detroit Lion, will join them.

When it comes to players earning a master’s degree, the trio of Giles Amos, Shyheim Carter and Chris Owens will be recognized.

All three were on Alabama’s 2017 national championship roster, while the duo of Carter and Owens have two Southeastern Conference title rings to their collection too.