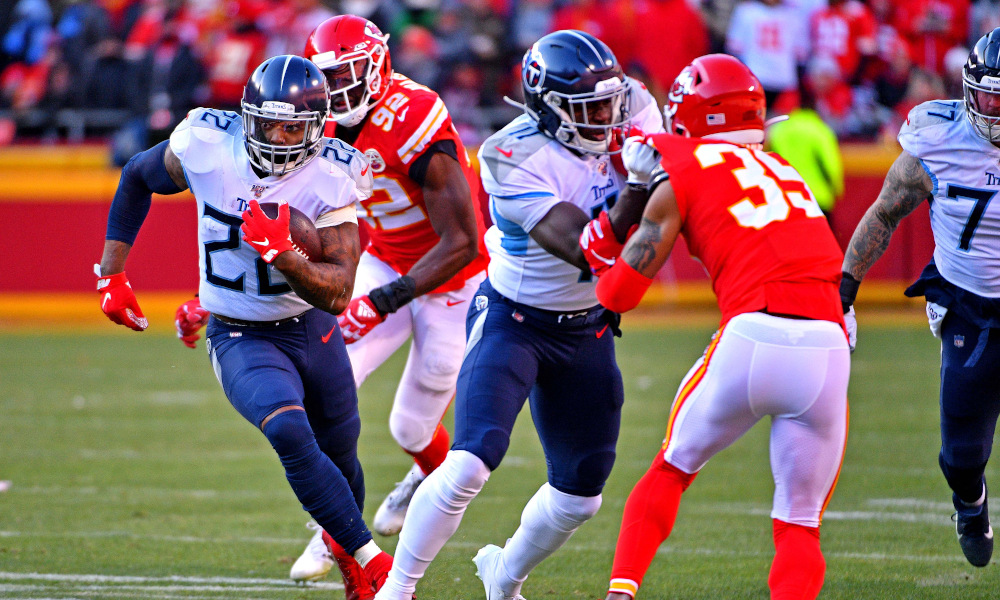 His legendary status in Alabama continues to grow.

According to an article from Jim Wyatt, senior writer for the Tennessee Titans, Derrick Henry was named the Alabama Pro Athlete of the Year on Sunday via Alabama Sports Writers Association.

The honor comes on the heels of his best season in the National Football League, as he totaled 1,540 yards rushing with 16 touchdowns on 303 carries.

“It is an honor to be named the Alabama Pro Athlete of the Year by the Alabama Sports Writers Association,” Henry said in the article. “The time I spent playing football for Coach (Nick) Saban and the Crimson Tide were some of the best of my life, and I will always cherish my teammates, coaches and the fans who made my career at Alabama so memorable.”

After having his first 1,000-yard rushing season as a professional athlete in 2018, Henry led the league in both yards and carries last year while his touchdowns were tied for first.

RELATED: C.J. Mosley opts out of 2020 NFL season for the New York Jets, due to family health concerns

He carried the Titans to a 9-7 record and pushed it to the AFC Championship Game.

At the University of Alabama, he was a five-star beast under Nick Saban’s tutelage. During his three seasons with the Crimson Tide (2013-15), he recorded 3,591 yards rushing and 42 touchdowns. As a junior in 2015, the native Floridian put the team on his back and posted 2,219 rushing yards — which was a school record and SEC record. He tallied 28 scores on 395 carries, propelling Alabama to a Southeastern Conference Championship and a College Football Playoff National Championship.

The 6-foot-3, 247-pounder is first all-time in school history for career rushing yards and touchdowns at Alabama, and brought the school its second Heisman Trophy in 2015.

Henry recently made the NFL’s Top 100 Players list for a second straight year.