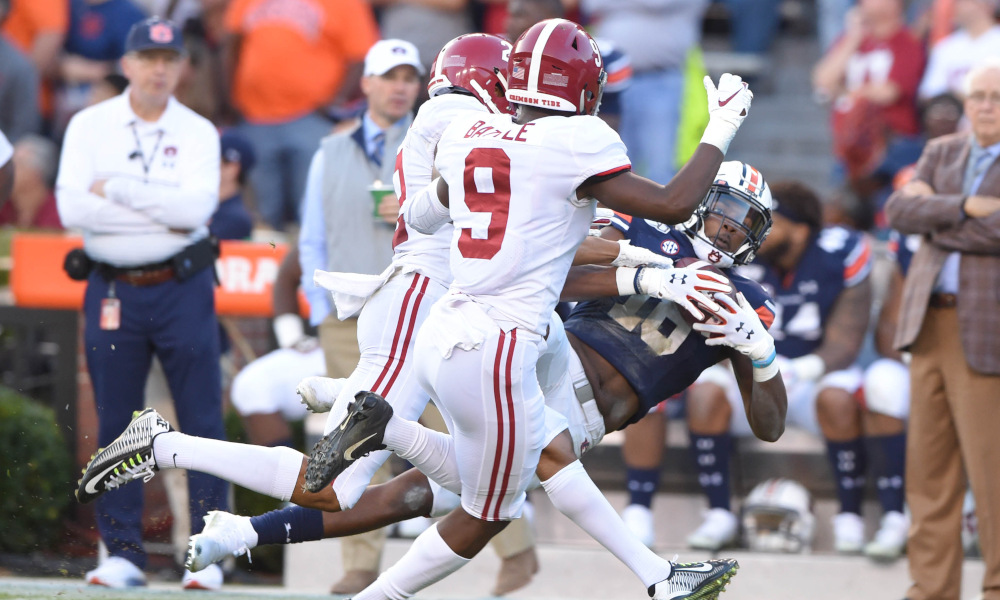 Whether it is the veterans or true freshmen, no one has shied away from a challenge thus far in the Crimson Tide’s preseason practice program.

Steve Sarkisian enters his second year at offensive coordinator, and he possesses all the talent to make this group even more exciting than the 2019 unit.

Defensively, Alabama is not only healthy but it also has tons of depth across the board.

Because of injuries, it played 25 true freshmen a season ago — including nine starters.

After months of wondering about a football season, the Southeastern Conference announced on last week it will have a 10-game, conference-only schedule. With the sport almost getting removed from student-athletes, one of the freshmen from Alabama’s 11-win team in 2019 believes it is time to put together an ‘unforgettable season.’

The 6-foot-1, 201-pounder totaled 30 tackles, two tackles for loss, one sack, one pass breakup and one interception through 13 games. He brings exceptional range, ball skills and lateral quickness to the position, especially with his ability to play the lower third of the field.

During this time of the Coronavirus pandemic, it was unknown as to whether football would happen.

RELATED: The good, bad, and the ugly of SEC-only schedule for Alabama football

A return to action on Sept. 26 has Battle prepared to take his game to the next level.

As an alumnus of St. Thomas Aquinas High School, Battle recognizes he is next in line.

He was on the Tide’s first team that missed the College Football Playoff since its inception in 2014.