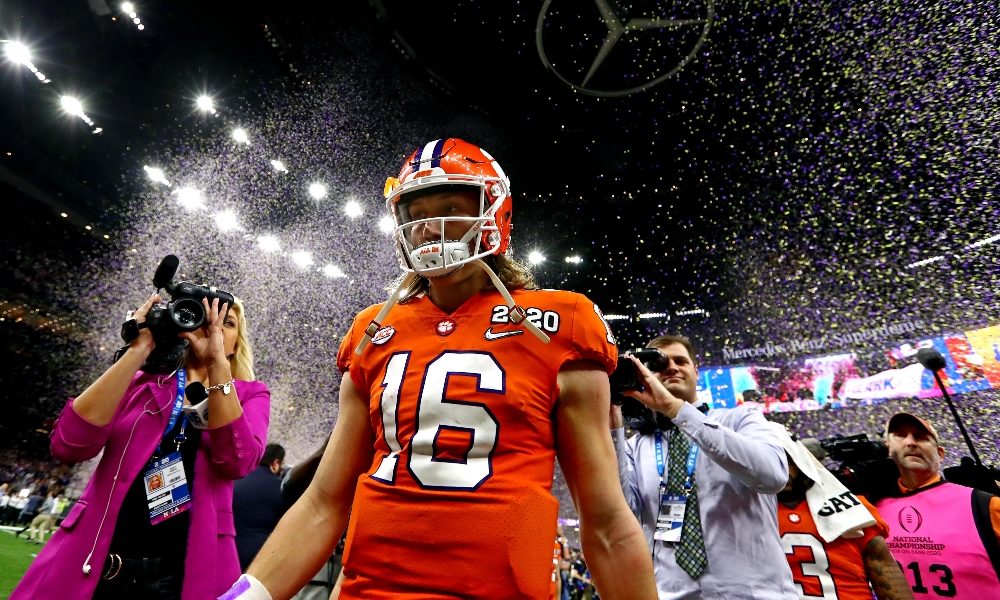 Shortly after reports circled sharing that the fall sports season may be in jeopardy, Clemson quarterback Trevor Lawrence took to Twitter to do a little bit of his own sharing.

The national champion took a hard stance that college football players would not be safe if the season were to be canceled and would even put some at financial risk. He also went down the path of discussing the release football provides for student-athletes and the sports many fans.

Lawrence also proclaimed that without a college football season no one will be following the correct guidelines and players will be at even more of a risk.

People are at just as much, if not more risk, if we don’t play. Players will all be sent home to their own communities where social distancing is highly unlikely and medical care and expenses will be placed on the families if they were to contract covid19 (1)

Not to mention the players coming from situations that are not good for them/ their future and having to go back to that. Football is a safe haven for so many people. We are more likely to get the virus in everyday life than playing football. Having a season also incentivizes –

Players being safe and taking all of the right precautions to try to avoid contracting covid because the season/ teammates safety is on the line. Without the season, as we’ve seen already, people will not social distance or wear masks and take the proper precautions

Sports Illustrated reported that high-level meetings amongst the Power Five conferences would be taking place later this week regarding the postponement of the fall season. The Mid-American Conference began the movement on Saturday when it announced its own cancellation, and more reports shared that the Big Ten is pushing for a joint postponement amongst the rest of the conferences.

Although there is no set date for these meetings, one industry source told Sports Illustrated that the news would be coming sooner rather than later.

“In the next 72 hours college football is going to come to a complete stop,” said the source.

Power Five Conferences headed towards cancelling football and all other fall sports
Alabama players join in on #WeWantToPlay movement
To Top
%d bloggers like this: