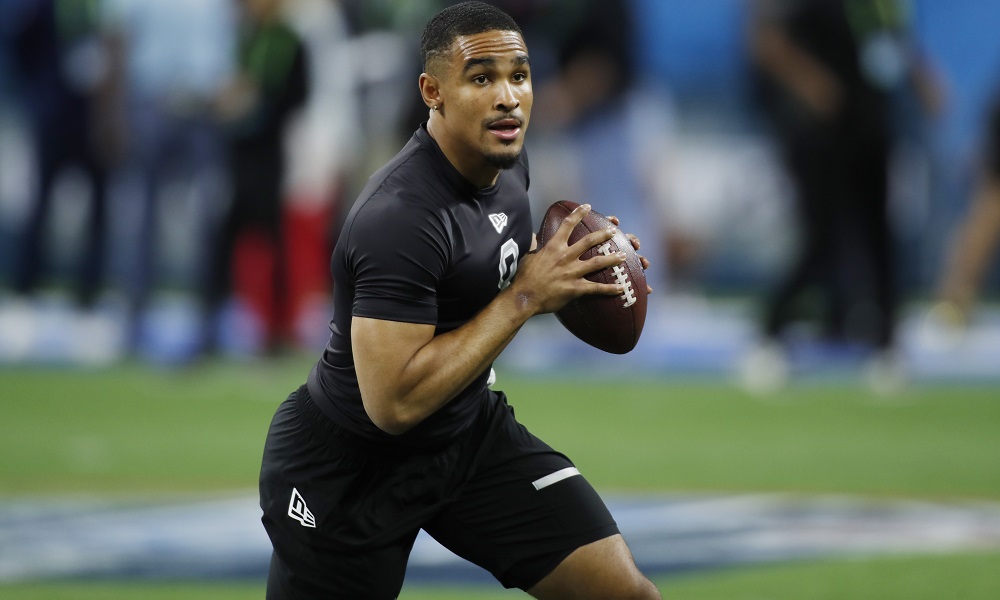 Former Alabama and Oklahoma quarterback, Jalen Hurts, has turned some heads during his short time as a Philadelphia Eagle, according to an NFL insider.

Hurts, who was drafted by the Eagles in the second round of the 2020 NFL Draft, played for Alabama from 2016-2018. The Texas product was the first freshman quarterback to start for Nick Saban as he helped lead the Crimson Tide to two National Championship appearances as a starter. According to NFL analyst, Daniel Jeremiah, Hurts is ‘carrying himself like a veteran’ in Philadelphia.

“I am excited to see what they do with Jalen Hurts,” Jeremiah said. “All reports I have gotten out of Eagles camp, they are blown away with not only how athletic he is, but how smart he is and how much of a professional he is. He just carries himself as a veteran. Everyone has fallen in love with him. How are they going to use him? I know people have used Taysom Hill as a template for him. To me, I do not think he will get that much volume but they’ll find some spots. Maybe it’s in short-yardage, probably a good chance you see him sprinkled in the red zone and be able to do some things running the football and using that mobility.”

Jeremiah went on to say the Eagles feel they can develop Hurts into something special.

“He is someone they feel they can develop into a starter and be a quality starter,” Jeremiah added.

The Philadelphia Eagles and Jalen Hurts kick off the 2020 football season on Sept 13 when they travel to take on the Washington Football Team. It will be interesting to see if the Eagles will attempt to work Hurts into their offense early in the season.