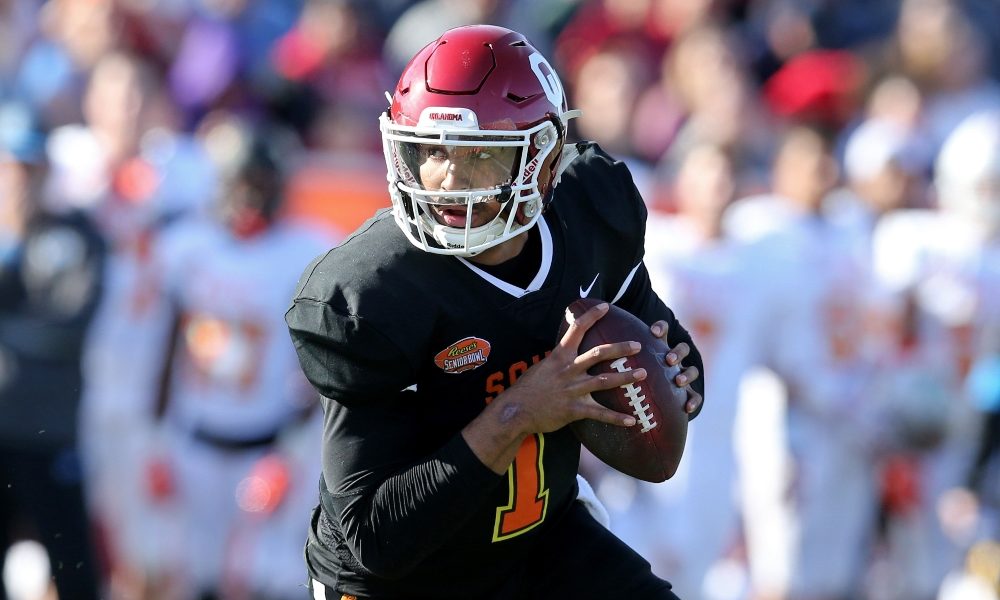 Jalen Hurts is making big strides in training camp so far. Not only has he impressed the coaching staff of the Philadelphia Eagles, but he’s also made quick work at making some new fans.

A young boy named Alexander, who is a massive fan of Hurts, had his backpack showed to social media by his mother with Hurts’ named stitched onto the back of it.

When everyone thinks your kid’s name is #JalenHurts bc he loves @JalenHurts and had to have a backpack with his name on it ??‍♀️ #BoyMom pic.twitter.com/xuh1WEcPtY

A few weeks later, when players reported to Eagles camp, Hurts returned the favor and showed off his own version of the backpack except with Alexander’s name stitched to the back of his.

That’s Lit, Alexander !! I had to get me a backpack with YOUR name on it too haha ???! #TWINS @nikkgphd https://t.co/5wIlTX7m2u pic.twitter.com/bZnu4cPfJM

The photo instantly went viral and Alexander’s mother shared another photo of both of her sons preparing for virtual school and how excited they were to see that Hurts took the time to shout them out.

Now to get them to calm down for virtual school. Lol @JalenHurts THANKS for this ? ??your little biggest fan Alexander (and big bro Bray @CameronNewton fan) is so happy. My 2 future QBs. (sn: @NFL we need kids @JalenHurts gear in the shop) @AgentNicoleLynn #MoreThanAnAthlete pic.twitter.com/Oc3vKnZeTs

Hurts is no stranger to making long-lasting impressions on fans. Despite transferring from the University of Alabama during his final year of eligibility in college, Hurts still had a strong support system in Tuscaloosa as he is heralded as one of the most beloved players in recent memory.

﻿
Everyone has fallen in love with Jalen Hurts in the Eagles organization, according to NFL Insider
Jaylen Waddle is looking forward to being an ‘every down’ wide receiver for Alabama, per Steve Sarkisian
To Top
%d bloggers like this: